Last week we discussed the double liner trend and despite many fashion columns slating her makeup and hair, many of us agreed that Lily Allen's channeling of the trend at the Brits was stunning. 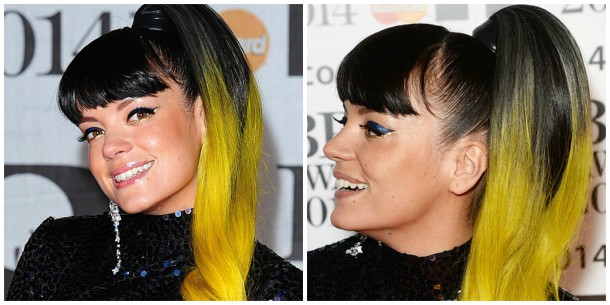 I am always up for a makeup challenge so decided to recreate the look for you and show you the step-by-step process. It probably isn't for everybody as it involves blue eyeshadow AND glitter but remains modern and nothing like those awful makeup mistakes of yore. 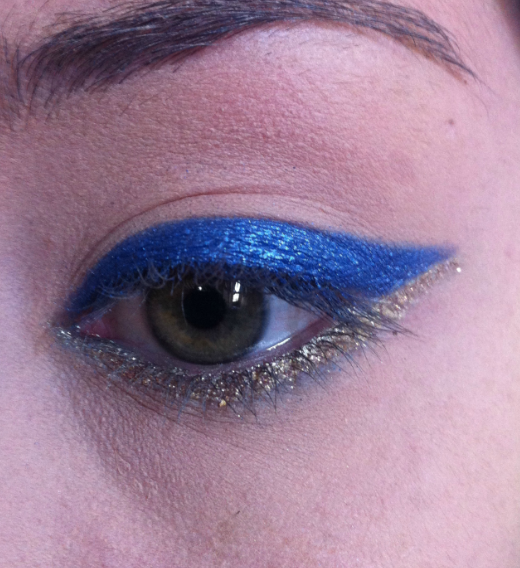 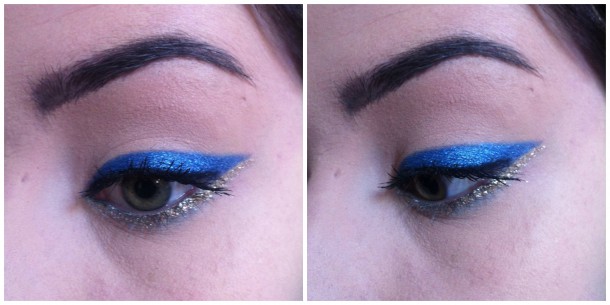 Lily's skin looked natural and glowy (although not deep fat fryer greasy!) so there is no need to apply any powder with this look. Finish with a bit of bronzer and a high shine gloss, and you are ready for the Brits/Ikea/wherever your glittery eyes take you.

Because I have a large gap between my brow and lashline, this is not the most flattering look on me as it makes my eyes look teeny but it is absolutely designed for someone with hooded eyes like Lily!

What do you think? Would you give this a go? It might be a bit much for Swedish furniture shopping but I think it is perfect for a night out and bang on trend to boot.