Lorde Me! Pop Star Says No To Airbrushing, Shows Her Acne. And Who On EARTH Is That In The Latest Jimmy Choo Ad?

Look, we know it happens. We can safely say that the majority of images we see in magazines have been photoshopped. And it's moving across all forms of media, Britney was reportedly digitally altered in her last video. Pop stars, actresses and models are fast becoming cartoon versions of themselves - I'm just waiting to see Jessica Rabbit take over from Katie Holmes in those ridiculous Bobbi Brown ads.

Beauty isn't even in the eye of the beholder any more, it's in the hands of somebody with some software.

So when one of the alter-ees speaks out against it, I let off confetti and do a little cheer. I feel like channelling Jack Black in 'School of Rock' and shouting about how we should stick it to the The (presumably digitally enhanced) Man. 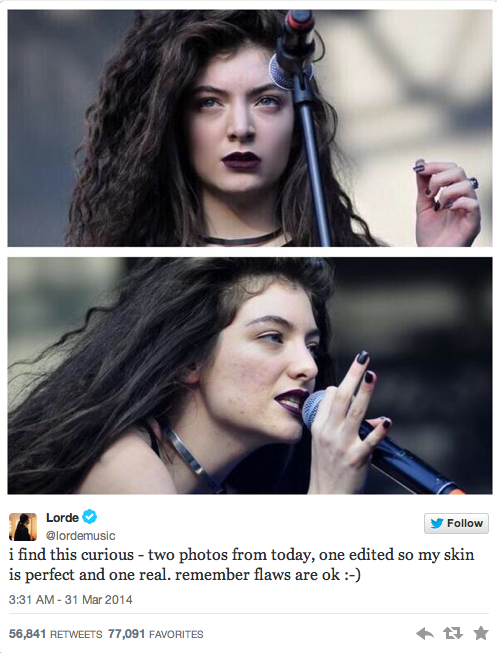 Lorde is the latest celeb to give the two fingers to airbrushing. The 17 year old New Zealander recently posted two pics to her Twitter account, both taken at the same Lollapalooza festival. The first shows the 'Royals' singer photoshopped to bejaysus, with flawless skin and perfect makeup. The second shows her looking naturally beautiful, and in her own words, 'real'.

I suppose The Man had his altering reasons. I mean, imagine the mind-bending headlines…. Teenager gets SPOTS. The shock and horror. Well, Lorde has had the last guffaw by posting another photo to her instagram account with the caption "in bed in paris with my acne cream on".

It seems to me like this girl's got a brain and she ain't afraid to use it. When David Guetta sampled some of her music and she was asked if she would like to work with him on his next album, music site fasterlouder report that she replied with a succinct 'No. F**k no. He’s so gross.'

As long as she doesn't take over from Justin Biebblehead (sorry, I keep talking about him this week, I'm not sure what's wrong with me) in a Proactiv/Clearasil campaign, then I am loving this girl's honesty. 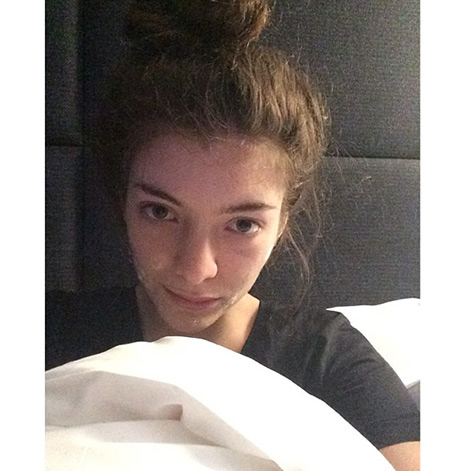 Now, if you've had your coffee and your brain is firing on all caffeinated cylinders, let's play a little 'Airbrushed To High Heaven' Friday game, shall we?

Here is the latest ad from Jimmy Choo, complete with leggy blonde (just to change it up a bit, like). For two points, who is the model? My first guess was Samara Weaving, the girl who used to play Indi in 'Home and Away' (and is the niece of Hugo Weaving, head elf honcho in 'Lord of the Rings').

So whaddaya reckon? *switches on cheesey gameshow music* Could it be Sienna Miller? Or Doutzen Kroes? What does our survey saaay?

Luckily her name is included in the bottom left of the shot; this is a handy inclusion because otherwise people might not have had an iota who she is. 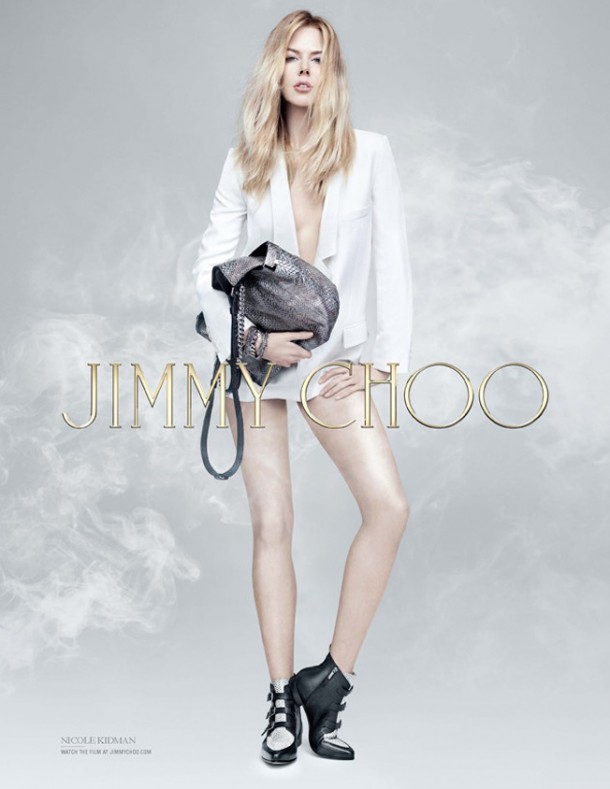 Yep, it's Nicole Kidman wearing someone else's nose. Did you get it right? If you did, you can take a biscuit for your elevenses - Nic's clearly not eating them anyway.

So what do you think of Lorde's honesty? Is normal is the new black? Or does photoshopping still have its uses (I mean, sometimes it actually has hilarious consequences)? Tell us in the comments!