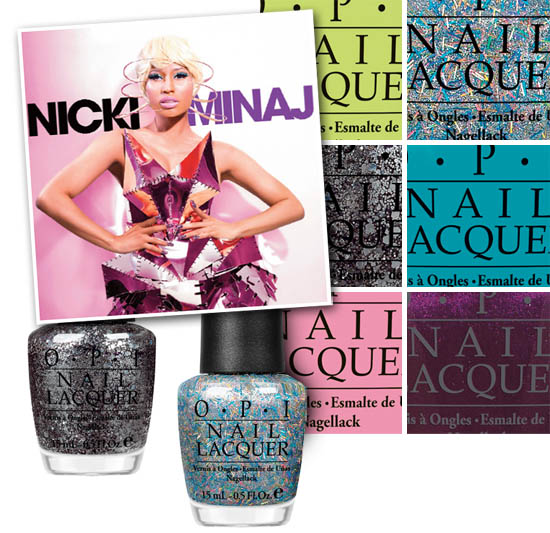 The first new release from OPI this year is the hotly anticipated Nicki Minaj by OPI collection, which has now - finally! - hit shelves. I don't know enough about Nicki Minaj to judge whether the six polishes she's collaborated on successfully embody her style, but they're certainly an eclectic mix of shades and finishes. 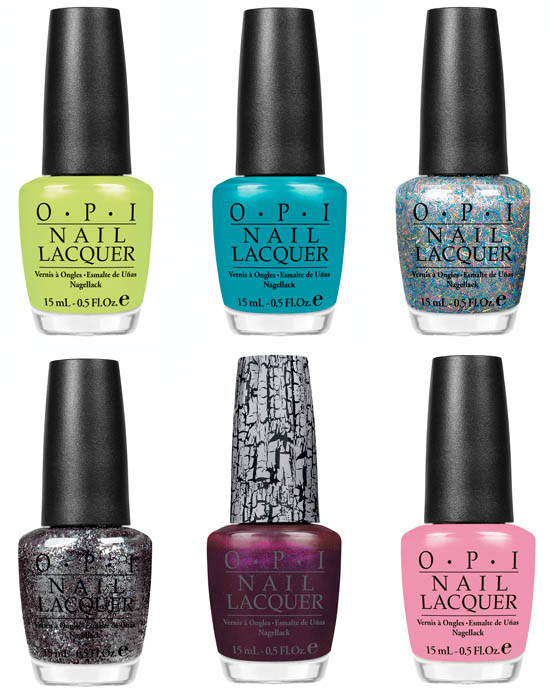 Did It On 'Em, Fly, Save Me, Metallic 4 Life, Super Bass Shatter and Pink Friday

Pink Friday (bubblegum pink), Did It On 'Em (Shrek-a-like lime green) and Fly (dusty teal) are cremes, Metallic 4 Life and Save Me are glitters (more about them in a minute), and Super Bass Shatter (sparkling magenta) is, as the name suggests, a shatter topcoat. Now, I'm actually not wild about most of the offerings so I didn't buy the full set for €13.20 each: I knew Did It On 'Em would look totally gick with my skintone and didn't feel that either Fly or Pink Friday weren't really unique enough to warrant purchase. As for Super Bass Shatter - bitches, please. I am so over crackle! 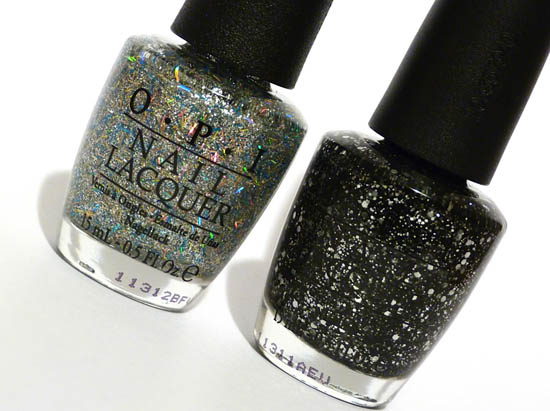 Save Me and Metallic 4 Life

What? Did you not know that nail polishes get lonely if you buy them on their own? That's Nail Polish Husbandry 101 right there. 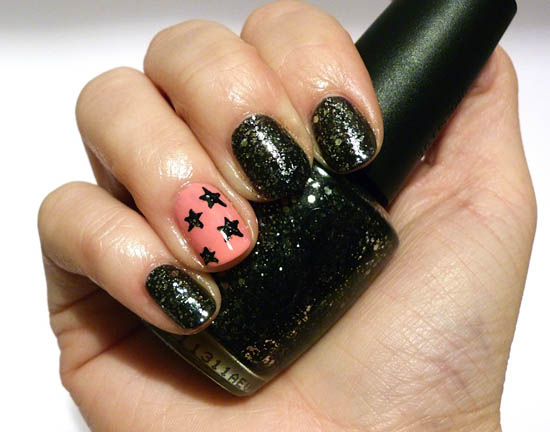 Metallic 4 Life is a squishy black jelly that contains both large silver hexagonal and small silver square glitter. In the bottle, the silver glitter jars a little with the black as it looks so very shiny and silvery, but dulls down fractionally on application as the black polish washes over it. That's not to say that the glitter disappears or anything: it's just that the contrast between the black and the silver is reduced to make the effect a bit less in yo' face. That shimmery blackness really reminds me a lot of anthracite. 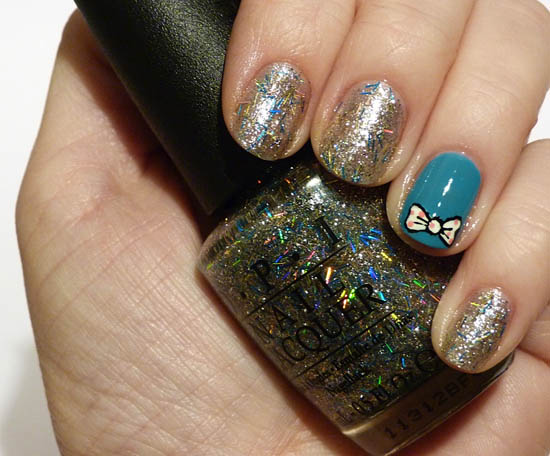 While Metallic 4 Life is a pretty special polish, Save Me is in a '90s-loving league all of its own. This one is KERAZEE - yes, complete with caps and misspelling - and determined to be the centre of attention. Save Me would slap you right in the face if it so much as thought you were looking at someone else. The clear base is packed with small silver square glitter, but the stars of the show here are undoubtedly the strands of holographic bar glitter with which it's liberally sprinkled.

There are no real application issues to report with either polish - both are a tiny bit on the gloopy side, thanks to the glitter content - and it took three coats of each to hit full opacity. It takes a wee bit of coaxing to ensure the bar glitter in Save Me is evenly distributed across the nail and doesn't poke out over the free edge.

Glitter polishes are usually a nightmare to remove, but I had no need to resort to tin foil wraps or the like with Save Me, mostly because it fecking pinged right off after a day's wear. No matter what base coat or top coat I used with it or whether I applied two or three coats of polish, it lifts off my nails in a solid sheet of polish within 24 hours.

Have you succumbed to any of the Nicki Minaj for OPI polishes? And has anyone had similar issues with Save Me?

(psst: they're available in pharmacies nationwide including the McCabes, Horgans and Molloys Pharmacy groups; you can also bag a set of four minis for €19.95)