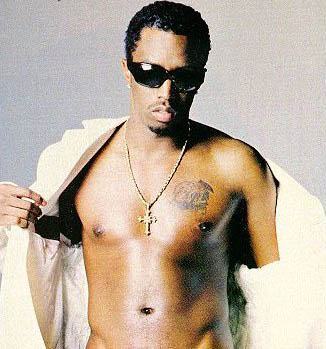 P Diddy is becoming more and more of a parody every day. Yes he's changed his name yet again. Back to Puff Daddy this time.
He revealed during the week a few highlights of his Big Night Out preparations. Which take two hours. And have a high degree of concentration on A Certain Area.

Primping and preening include:
James Brown CDs (presumably Sex Machine et cetera) and a vodka and lemonade to get him in the mood
Luxurious bath
Manicure and pedicure
Waxing. Including waxing of the nether regions. The ladies like it apparently
A quick spray of his perfume Unforgivable Black down his jocks
A donning of the white suit

And he's ready to hit the light fantastic. Tell me girls wouldn't yis be only dying to rip the white pants offa him after all that?