The Late Late lineup is out and it's a good one!

Star Wars fans will be only delighted to hear that Luke Skywalker himself will be on the show as Mark Hamill will be joining Ryan for a chat. He will be talking about being part of the biggest film franchise in movie history and bringing the production to Ireland for those iconic scenes filmed on Skellig Michael. We’ll also be finding out what’s next for him after the events of Star Wars: The Last Jedi while Hamill is also in town as the St. Patrick’s Festival Inaugural International Guest of Honour. 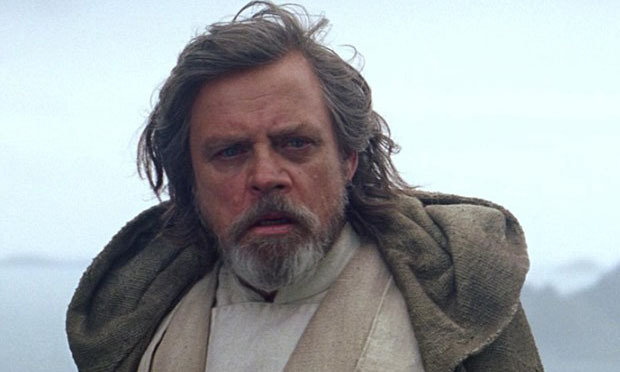 Game of Thrones actor Liam Cunningham will also be in studio to chat about the parade as he is 2018's St. Patrick's Festival Grand Marshal. Of course, he will also be talking about the final season of Game of Thones, which is currently filming, and his role as Ser Davos Seaworth. A passionate advocate for human rights, he’ll also be sharing what he learned on a recent trip to Uganda and giving his thoughts on the scandals engulfing some of the charity organisations working in the developing world.

Cork woman Samantha Barry made headlines of her own earlier this year when she was appointed the new editor-in-chief of US magazine Glamour. We’ll be finding out how this 36-year-old from Ballincollig made it big in the US with an award-winning career that has taken her around the world. She’ll be telling Ryan what it’s like to find yourself rubbing shoulders with Anna Wintour on the front row at New York Fashion Week and interviewing Donald Trump in a toilet in Miami.

As Daffodil Day approaches, Ryan will be joined in studio by some of those who have contributed to or benefitted from the fundraising and work carried out by the Irish Cancer Society.

Ryan will also be meeting teenagers Liam and Paddy Doran, boxers and members of the travelling community, who are the stars of a major new fashion campaign for British menswear brand Kent & Curwen.

Finally, there will be music from Don McLean and Jake Carter.

Catch it all on The Late Late Show on Friday on RTÉ One at 9.35 pm.

The best post Christmas TV shows to binge on

The best bingeworthy horror shows to watch this October

*Gasp* It's Meghan Markle's wedding dress! (as Rachel in Suits)