I recently had the pleasure of sitting down with Maria Walsh, Rose of Tralee 2014. As she prepares to hand over her crown, we asked her about her year and what it's like to be a modern Rose.

What a year, Maria! Was it as you expected it be?

The best way to put it is that the greatest unexpected expectation happened. I was seven when I moved to Shrule and I remember Luzveminda O'Sullivan from Galway winning and thinking she's just half an hour away from where I live, I have to try this some time. I knew there had to be more than just the two nights on the stage to it but you can never imagine.

What was your first thought when they announced that you had won?

I was just clapping away, thinking this is great craic. Then they called my name and my first thought was 'My boss, my boss'. I had told my boss that I was just going to go for the two weeks for the craic but that I'd be back to work the following Monday. Some people outside of the festival family have asked me if the gay thing was the first thing I thought of and absolutely not - it's such a small part of who I am.

To be honest, first thing I thought of was I love her dress - are you a bit of a fashionista?

You'll find me in jeans and Converse on an off day but this year I'm really trying to embrace young Irish designers like Natalie King, Colin Horgan, Tina Griffin - anything fit 'n' flare suits my shape. And I'm kind of boring in colour, I love black and white. 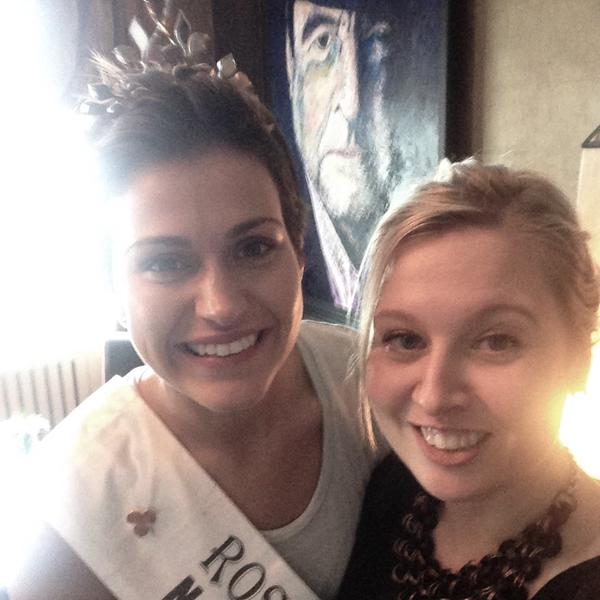 You've done a Murray Christmas for Aware and worked with the RSA amongst others; was this social conscience an aspect you were very aware of?

You make and shape the year the way you want and I like to do different projects. You give so much of yourself but I have a split personality when it comes to the Rose of Tralee - the 'me' part benefits in certain ways and the 'Rose of Tralee' part benefits in others. The two items on my agenda for the year were to show people that the festival is more than just two nights on tv, to really gain the respect level that I believe the festival deserves, and also to work with young people and give any insights to them that I can.

You've been meeting lots of schoolchildren across the country, what's that like?

It's great. With the younger ones, they see a crown and sash and they immediately think 'Frozen'. I got a lot of 'Let It Go' this year. And with the secondary schools, you could be asked anything from sports to fashion to LGBT issues to Rose of Tralee.

What do you think are of biggest issues facing women in Irish society today?

I think we don't have enough confidence in our abilities. And I say that from a personal perspective. What will happen I don't have a crown and sash to protect me anymore? I don't think we ask each other enough questions and I would love to see more of us in politics and at top tables.

Do you consider yourself a feminist?

Yeah, I would definitely identify as a feminist. There's almost a negative connotation to the word now because there are so many definitions of the word. It's such a personalised word but it's certainly not anti-men; it's not about segregation. It kicked back up a lot with Emma Watson's speech at the UN and I loved that. 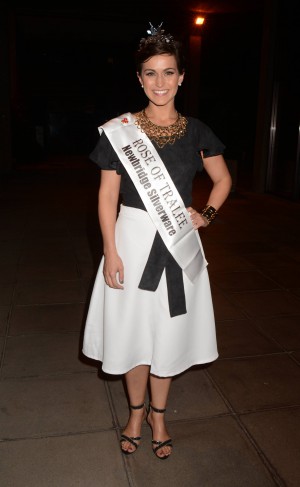 What was the best piece of advise you ever received?

My dad says be yourself and always protect your family.

And I hear we almost had Obama as an escort at this year's festival...

Yes! I'm a huge Obama fan so when I met him I said 'Howarya, what's the craic? Would you like to be my escort for the Rose of Tralee?' And I remember thinking this is a personal, brilliant moment but then turning around and seeing a room with 300 people and thinking this is a pretty great moment as an ambassador too.

The next Rose of Tralee will be crowned on RTE tonight - will you be watching?