Bruno Mars you're a pain in the Swiss! Who makes you change the station instantly? 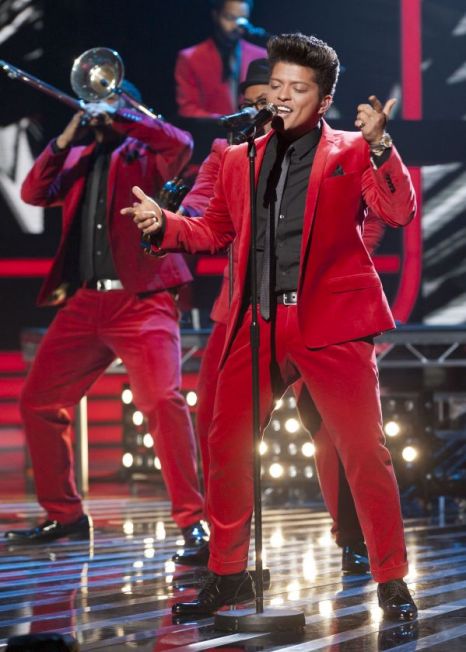 The first time I saw Bruno Mars on the telly I was stunned.

But the fact was that he'd come to my attention well before that - I just hadn't clapped eyes on him.  I love the radio and Bruno Mars was never off the radio.  And I hated every single one of his songs.  I don't know why, you know sometimes something just annoys the HELL out of you for no good reason?

Every time I heard one of his smug little tunes it was like nails scraping down a blackboard.  The very thought of him chillin' in his snuggie with his hand down his pants - UGH!  At least the girl he was having the really nice sex with sounded suitably unimpressed.  Then he decided to get married because he couldn't think of anything better to do?  Why the sensible part of me was simply OUTRAGED by this casual attitude.

Now he's winning every award under the sun and in even more heavy rotation on radio playlists.  I had to stop watching the Brits the the other night when he bebopped onto the stage.  I know he is actually really good at shaking his thang in a James Brown way - but I just can't get on board or summon up anything but unreasonable irritation for this former Elvis impersonator.

I honestly don't know how much more I can take.

I bet there's someone who drives you batshit like this too - fess up!