Week 27: "Your baby is now measuring nearly 14 inches - more than a foot long... If your partner presses his ear to your belly, he might be able to hear the baby's heartbeat." Although the latter nugget of information might be something you want to keep to yourself; it's one thing people touching your belly uninvited, it's another to have them crouching down, palms splayed, hovering their ear over your navel for a listen...

Moving on! Whether you've decided to find out the sex or not, presumably you have some suggestions in the baby name bank... On both pregnancies, we struggled with girls' names. We had a boy's name ready to go; Finn - after Mark's dad. We've always really liked it. Even now, when people say "Oh, after yer man in Star Wars?"  it'd still be a goer if we were having a boy.

When we found out Lara was a girl, there were several names in contention. There was only one criteria; as her surname is Linehan, her name must be no more than two syllables long - otherwise it'd take her an age to get her full name out. As it stands, at three years of age, she calls herself "Rara Hilahen." Other names that were in the running included "Charlotte", "Violet", "Amy", "Pearl" and "Ruby". Always wanted to call a little girl Ruby. I had a Grand Aunt Ruby, so it seemed fitting. Then Tyrone Dobbs off Corrie had a baby with yer one Kirstie and all we heard several times a week was "ROOOHBAH!". So, regrettably, that choice wore thin.

In the weeks running up to D Day, we employed two methods to help choose a name. We wrote the selected names on scraps of paper, balled them up, and put them in a dish by the living room door. Every time we'd walk past, we'd pick a ball and see what name it was. 70% of the time, it was "Lara", the other 20% it was "Pearl", and the remaining 10% it was Charlotte. We then practised shouting the name - because, let's face it, you do spend a large portion of time calling your child's name. A good test is seeing how it sounds in being roared in a playground. I once heard a dad roaring "WOLFE! IT'S TIME TO GO. WOLFE!" and immediately thought "Wonder if they thought that through." A typically cynical thing for me to think; who is anyone to judge? A name is a very personal choice, but - personally - I'd feel a bit self-conscious roaring "WOLFE" in a shopping centre. 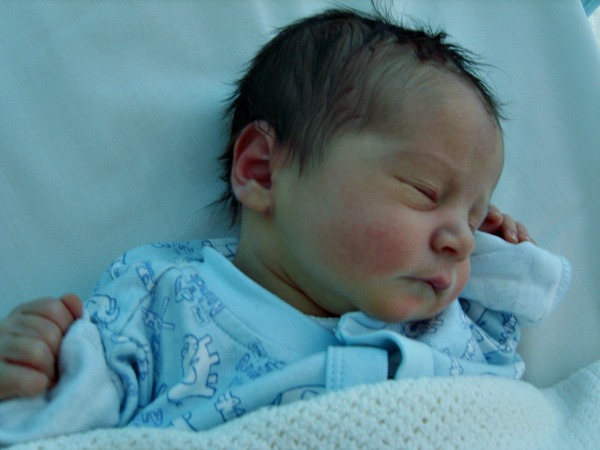 While I was angling for either "Lara" or "Pearl" (convinced it was my parents trying to communicate their preference from beyond the grave), Mark's Blarney brogue didn't quite lend to the latter being bellowed in public ("POOOORLLL!"), so Lara it was. It was actually surprising the amount of times the midwives in Holles Street asked mid contraction what we were going to call her (presumably a distraction / motivational technique) so I was happy to have something to pant out. But what if she didn't come out a "Lara?" Thankfully she did. She definitely wasn't a "Pearl" or a "Charlotte"...

This time around, when we were told we were having another girl, we thought "Well, Finn's probably out... You get the pen, I'll start ripping bits of paper", but then the name fell into our laps. We were watching 'Wall-E' and Lara spent several days roaring "EEEEEEVAAAAAH!" so, that was that. And if Eva doesn't come out an "Eva", we'll deal with it.

So there you have it, I've divulged the name. I can understand why someone would want to keep their unborn child's name to themselves - the main reason being is you'd prefer if a friend or relative didn't pip you to the post. But is it such a bad thing if friends or relatives have the same name? I'm friends with two "Claires" who've been thick as thieves since childhood. Both of my sisters have sons called "Jack". It doesn't effect their individuality; everyone else brings their own energy to a moniker, don't they?

Are you happy with the name your parents gave you? If you're a parent, how did you choose your child's name? Was it easy or a never ending battle?