Woohoo! Week 25 is widely considered to be the commencement of the Third Trimester, which is definitely something to celebrate; it means the home straight, it's time to start to get your real waddle on, and - for some - it means waking up several times a night to moan "Man, me hips are KILLING ME" before attempting to roll over without your increasing pile of support pillows spilling on to the floor. 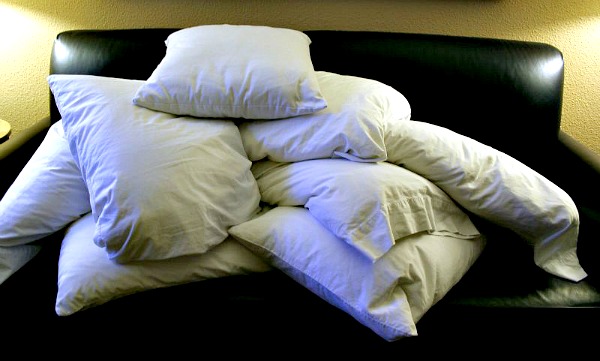 My last pregnancy was devoted to locating a body support pillow that fulfilled the following criteria - it could slide under bump, fit between the knees, and didn't push the partner out of the bed. I started off with a V pillow, but - as the bump grew and the ankles swelled, it didn't provide the leg support required. It also made changing positions during the night akin to the 'Death Roll' of a large crocodile.

So, after a quick scout around for something affordable, I ended up with 'Frank'. He was a full length body pillow that my husband drew a face on. In addition to naming him, he also dressed Frank up in his PJs whenever he was away and - as massive bed pillows go - they had a good relationship given our bed is rather on the 'cosy' side. 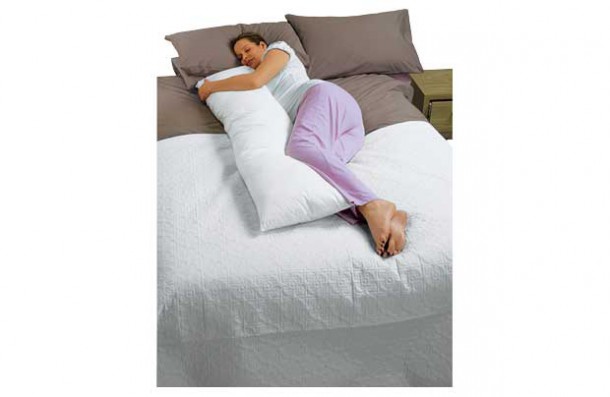 I purchased Frank via Argos (catalogue no 376/8789, currently on sale for €14.29, peeps) and we had a very fulfilling relationship - until I literally squished the stuffing out of him, so - no matter how much I shook him - my knees would always end up knocking together towards week 40. In saying that, you get what you pay for and he certainly did serve his purpose.

This time around, I was considering going the whole hog with a the mother of all sleep pillows, but the husband warned me it could end up in divorce, for obvious reasons... But if you had the room it's comforting to know that such a creation is in existence. Full Body Support Pillows similar to this are available to purchase via Amazon. 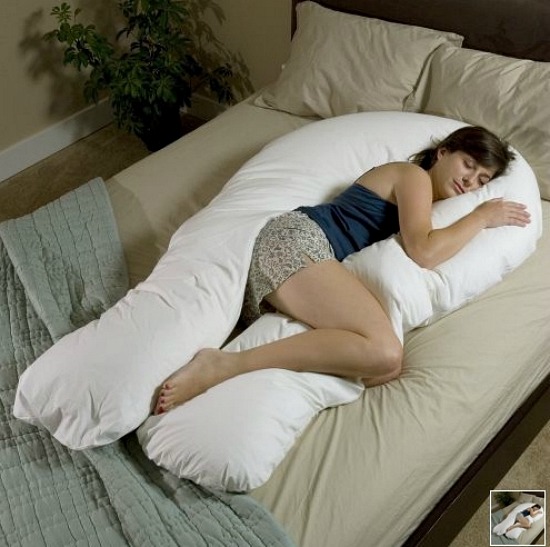 Given the limitations involved, I've been having a fitful night's sleep thanks to a small rectangular throw cushion which fits under the bump, and a larger square cushion which spans the length of the (albeit very short) legs. It's stuffed so much that there's no chance of your knees joining.

Unfortunately, in the last few weeks, I've been waking up in tatters. Thanking you, relaxin! It feels like a massive rusty bolt is being screwed into whichever hip you happen to by lying on, which is quite upsetting given lying on your side is the only position heavily pregnants are permitted to sleep in. You obviously can't sleep on your stomach; you're not meant to lie on your back ("if you lie on your back for a long time that the flow of blood to the placenta and your baby could be affected. You may feel faint or dizzy after you have been lying on your back for a while in later pregnancy"), so lying on our side is all you have left. And now it HURTS LIKE HELL as your pelvic joints are loosening up in preparation for the big day.

Thankfully a quick search via Lord Google garnered an answer which has been helping: "Place a pillow or blanket at the small of your back and sleep leaning against it. This will reduce pressure on the hip you are sleeping on." In addition to this: "Don't cross your legs when you sleep. Some pregnant women notice that their hip pain is worse in the morning, especially if they have slept with their ankles crossed. This position may increase pressure to your hips."

While "don't cross your ankles" confused me somewhat (easily confused), I have found that sleeping with my legs parallel to each other, with the pillow spanning the length of them, has helped minimise the pain. Other forms of relief include maternity belts which hoist your bump off your pelvic girdle while walking around during the day (it also makes me feel like a superstar wrestler); as well as pilates (still not exercising, which is obviously taking its toll) and - if you can afford to treat yourself to a prenatal massage - I'd highly recommend it.

Have you experienced hip pain while sleeping, or moving about? What helped you? Please share!