Bump Blog: Preparing baby No. 1 to meet baby No. 2

Week 31: "Weighing in at three-plus pounds and measuring 18 inches long, your baby is quickly approaching her birth length - though she's got to pack on another three to five pounds before D-day... Meanwhile, she's making faces, hiccupping, swallowing, breathing, pedalling with little hands and feet along your uterine wall and even sucking her thumb."

We've been talking about "the baby" for quite some time now - ever since Lara said "Mummy, what's wrong with your belly?!" Then she convinced herself she was having a little sister - which she is - and that thrilled her no end. And now she's totally gone off the idea - which is just great.

Needless to say, we've been busy looking up tips on how to best introduce Lara to her little sister. One of the pointers is "Have the baby give the older child a present." We've mentioned this to her nibs, and it seems to be a winner - given the frequency she grabs my belly and bellows, "BRING A PRESENT FOR ME, BABY!" Cute, but still a bit aggressive. 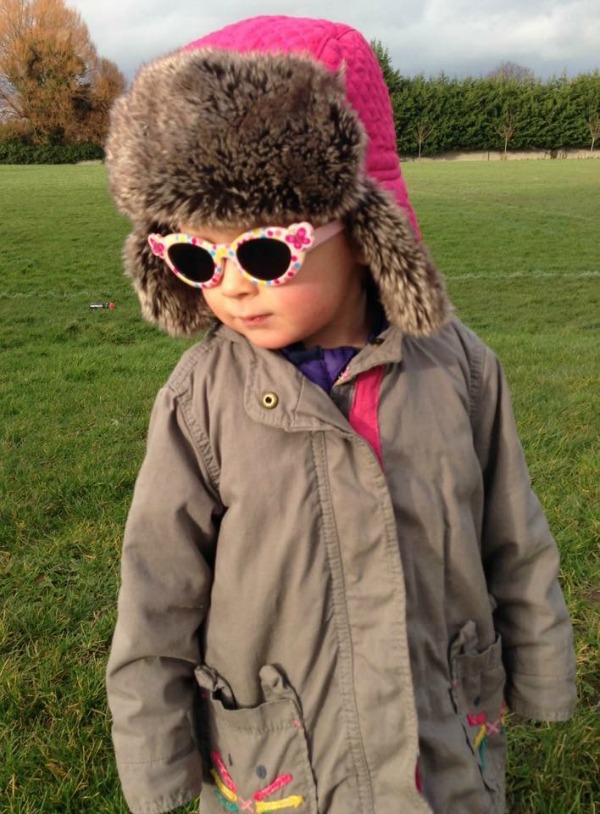 Another pointer is, "Get a heads up before the older child comes in to see their sibling for the first time, and ensure the baby is in the cot - not in your arms."

Others include, "Bring your child along to prenatal checkups so they're involved" and "Tell your toddler, for example, that while mama is in the hospital, 'Grandma is coming to our house and you'll bake cookies together!'"

Regarding the former suggestion; I've left it a bit late for that. Also, the thought of having to entertain her in a hallway for over an hour while we wait for our appointment isn't exactly alluring. Regarding the latter suggestion; there's no chance of that happening on account of Lara not having 'active grandparents.'

In short, Mark's parents are alive but are unable to look after a toddler as both are chronically ill - and living in Cork. As for my parents, Lara only knows them through pictures; they both passed away some time ago. I'm lucky to have two sisters nearby, but they have families of their own to look after. Our lack of free childcare is an ongoing issue - particularly when Lara's sick (which has been often) - and as for who's going to look after her while I'm in hospital in two months time, well, that's a blog for another week.

Back to the matter at hand - introducing big sister to little sister; are we overanalysing things? Should we just see what happens, or should we be paying stringent attention to such suggestions as...

Any other pointers from mums of multiples would be really greatly appreciated. Or, in fact, any advice to the contrary - such as, "We did nothing and they get along grand", would be especially welcomed.