Week 32: "She's starting to get ready for her big debut, tipping the scales at almost four pounds and topping out at just about 19 inches. In these past few weeks, it's all about practice, practice, practice as she hones the skills she'll need to thrive outside the womb."

With only (approximately) 6 weeks left to go, this is nice time to reflect on what happens to your body during pregnancy. Mostly, it's a magical time (once you're over the 'morning' sickness, obvs) where your nails and hair grow to impressive lengths, while your leg hair seems to diminish completely - wheeee!

Then there are some other not-s0-pleasant side effects which can occur - on top of the obvious ones like stretch marks. Speaking of the latter; Sweet Almond Oil is still my go to remedy for this issue, although I have started getting some new purple spidery legged friends around my hips, which are new and the SWO wasn't cutting it. Thankfully, I got my mitts on some Kiehl's 'Nurturing Oil for Mom and Baby' and it seems to be doing the trick. Also, as a plus side, it has a nice subtle odour and doesn't render your bath towels completely useless. 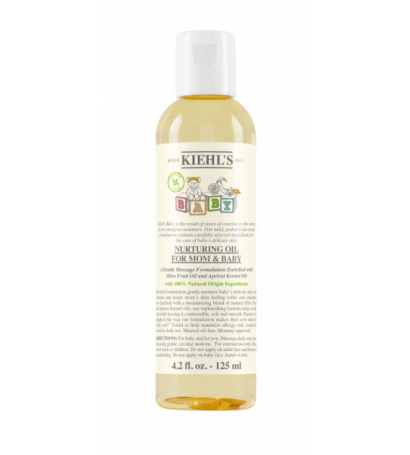 Moving on to the icky side effects. Here are just five of the issues that seem to be prevalent for most women during pregnancy.

Indeed, we are jumping right in there. This is something I've addressed in a previous Bump Blog and I've been bowled over by the amount of mums-to-be who've approached me to say they're experiencing the same issue.

Firstly, why does it happen? Initially, it's largely thanks to an influx of hormones that increase the activity of your kidneys. Then, it mostly occurs thanks to a baby headbutting or kicking your bladder from approximately 20 weeks onwards - which makes sneezing, coughing, laughing and generally just 'being' something of a rollercoaster.

While it wasn't an issue for me first time around, it's been a MAJOR issue this time, and my (very sporadic) pelvic floor exercises don't appear to be helping much.

Solution: DO YOUR PELVIC FLOOR EXERCISES regularly. Failing that, I'm finding the Tena Lights good "for those Oops moments." Also, it's key to empty your bladder fully - that doesn't mean weeing more often (that can contribute towards a lazy bladder, and nobody's a fan of them), rather ensuring that it's all gone when you do use the toilet. How do you do that? Easy: Lean forward when you are urinating; it empties your bladder more. On top of that, try lifting your bump up gently - more urine should come out. Failing that, it's been suggested to "rock your hips back and forth" while on the toilet, but I'm not at that stage yet.

This is also known as pregnancy gingivitis, and it occurs to approximately half of all expectant mothers. It's caused by hormonal changes that makes us more sensitive to the bacteria in plaque.

Solution: It may seem obvious, but go to your dentist. I went to mine and he gave me a spray to use in between my teeth. No bleeding since.

While I've not been blessed with them yet, I've a feeling they're on the way. They're particularly prevalent during the third trimester and are caused by the increased pressure of the uterus on that particular area, along with an increased blood volume.

Solution: Again, do your pelvic floor exercises (see, there's no escaping the feckers); try avoid sitting for long times (unavoidable if you have a desk job; just try get up a bit more than usual); pressing a pad with some witch hazel on it against the area can help alleviate pain; finally - do not strain yourself while doing yer business, which brings us seamlessly to...

You may have noticed this happening along with your increased intake of Iron. Well, prepare for it to get worse thanks to the ever-increasing pressure of having baby sitting on your intestinal tract.

Solution: Fibre, fibre, and more fibre in the form of raw fruit, veg and cereals. On top of that, it's recommended you drink at least eight large glasses of water a day (which is bound to help with the peeing issue, but needs must). If none of that gets you moving, give your doctor or chemist a shout to see if they can recommend a safe 'stool softener'.

I find this THE WORST, especially as it happens more at nighttime, which means my increased level of snoring (along with my complete inability to deploy covert farts anymore) is making me incredibly attractive to the other half. The worst part is you obviously can't use any over the counter meds to alleviate it. As for why it happens; you can thank hormones again. This time, it's an increased level of oestrogen dehydrating mucous membranes and therefore making them swell.

Solution: Again, more water. In addition to this, try a vapouriser (I got a cheap one from Argos), or hanging your head over a bowl of hot water and Olbis oil. Natural saline drops also help somewhat. Whatever you do, try to avoid excessively blowing your nose as us pregnants are also more prone to nose bleeds. Yaaaay!

Obviously these are only five of the side effects that can appear during pregnancy. Please do share what issues you're experiencing if we've not listed them above!