Week 26: "Your baby's eyes - which have been closed for the past few months (so that the retina could develop) - are beginning to open at 26 weeks pregnant. This means your baby is able to see what's going on now (unfortunately the view in your uterus isn't all that exciting)."

Now that we're hurtling towards the home straight, the bump has taken on - quite literally - a life of its own. Sometime it's small. Sometimes it's MASSIVE. Actually, more often than not, it's falling into the latter category, which means we're moving quickly from the "Is she pregnant" squints from people to actual blatant bump patting. And I'm not sure how I feel about it.

While I don't recall it happening much while pregnant with Lara (probably blanked it out), it's happening a lot more this time around for some reason. Friends, relatives, all cooing and putting the lunge in to pat the bump. My sister did warn me about it. She said one of the worst parts of being pregnant for her was when someone just sidled up to her and started fondling her belly. This was usually shortly after I'd barrelled into her house, whooped delightedly at the size of her bump and started having a conversation with it, before giving it an ole pat. To me it felt like she'd magic powers, a new life force, and I inexplicably wanted to siphon some. It was almost subconcious; the hand would reach out before the brain would even engage. 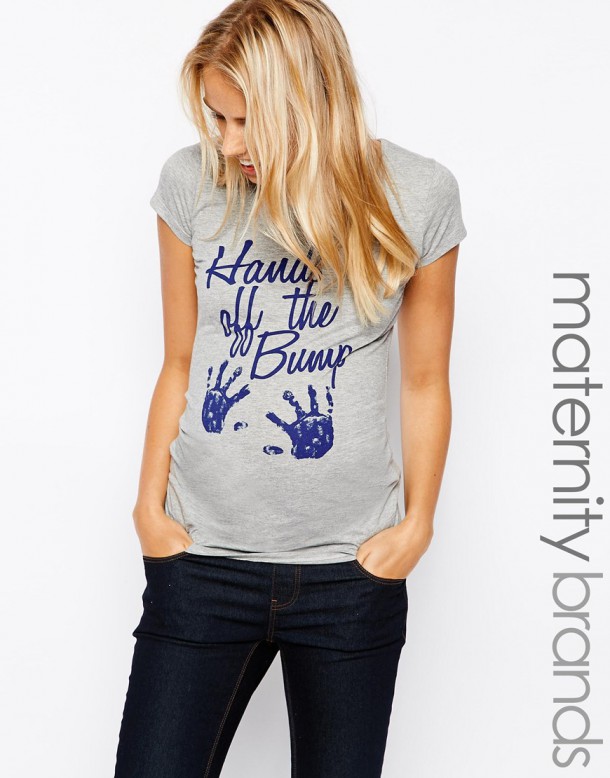 You see, I thought it was OK to just touch a pregnant stomach uninvited. To be completely honest, I still kind of do think it's OK; you're celebrating a little being getting ready to meet the world and its wonderful mammy! It'd be almost rude NOT to give the bump a little loving attention, no? No. Invading someone's personal space is never OK.

So, what do you do? Ignore it? Politely wave at it? Ask can you feel it - knowing that the mum-to-be will kind of feel obliged to say 'Yes' despite possibly cringing internally? Personally, now I would always ask if I could touch the bump - only if I thought the person would be receptive to it. I've had a few people ask me if they can feel it and, to me, it's a privilege someone (that I know, obvs, not a stranger) would want to connect with the liddler. What I do take slight umbrage to is an acquaintance just darting their hand out, jostling my stomach, before mumbling "aw" and then going about their business (true story). 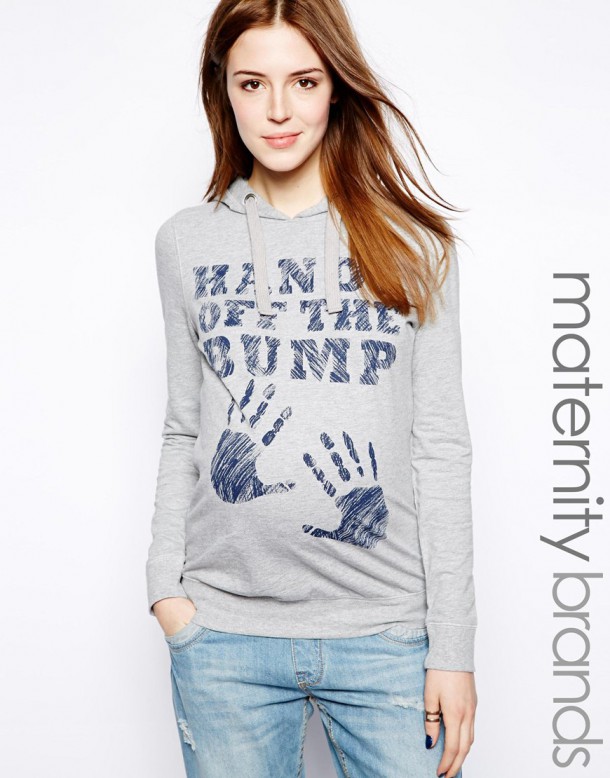 It's a minefield. Thankfully there's this range of Hands Off The Bump lesiurewear for those who categorically do not want ANYONE touching their stomach - uninvited or otherwise.  You're getting the message across loud and clear - and it must be working as they're currently out of stock.

Have you had your bump severely touched up? Did you mind, or did it depend on who was doing the touching? If you hated having your stomach caressed, how did you deal with it? All pointers welcome!