In the latest Kim K-Taytay and Taylor Swift-Calvin Harris drama, the popstar’s ex-boyfriend had a little jab at her by fraternising with the enemy.

And on that note can we take a moment to appreciate the immortal goddess that is JLo? Flipping hell.

Before the after-party (which took place at Planet Hollywood Resort & Casino, at her villa at Caesars Palace), JLo performed in her "Jennifer Lopez: All I Have" show, which was attended by several big names including Cristiano Ronaldo, L.A. Reid, Iggy Azalea, John Stamos, and French Montana.

Harris even got to dance with the birthday girl herself:

TMZ reported that Calvin and Kim did indeed have a chat during the party and given both are feuding with Taylor Swift at the moment, we’re sure the two had much to discuss.

Looking at Calvin's smug smile, we'd say there's one person, in particular, he intended to see the pic (he's looking at you-ooh-ooh-ooh-ooh-ooh): 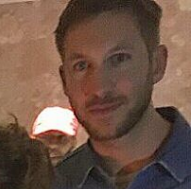