Consciously Uncoupling: Chris and Gwyneth Split In Most Civilised Break Up OF ALL TIME

For as long as there have been celebrities, there has been speculation about their romantic relationships. Is X cheating on Y? Is their marriage a sham?

Without rumours of celebrity dates, splits and skullduggery, most gossip sites would just have to rely on stories about whatever object Miley Cyrus has licked now to get clicks. It  seems that even those of us who like to think we're above celebrity culture can't help becoming invested in the love lives of the stars - or at least the stars we like (I felt properly sad when Amy Poehler and Will Arnett split up). 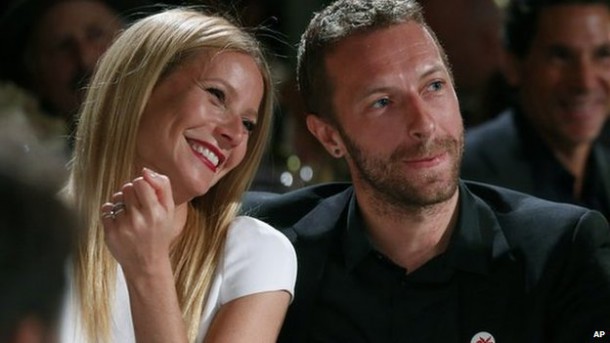 So  it's not surprising that when Gwyneth Paltrow and Chris Martin announced on Gwyneth's website Goop that they were were separating after more than a decade together, they basically broke the internet. Oh, all right, they broke Goop, which crashed under the weight of so many visitors. In a statement posted on the site, the couple declared:

It is with hearts full of sadness that we have decided to separate. We have been working hard for well over a year, some of it together, some of it separated, to see what might have been possible between us, and we have come to the conclusion that while we love each other very much we will remain separate. We are, however, and always will be a family, and in many ways we are closer than we have ever been. We are parents first and foremost, to two incredibly wonderful children and we ask for their and our space and privacy to be respected at this difficult time. We have always conducted our relationship privately, and we hope that as we consciously uncouple and coparent, we will be able to continue in the same manner.

The statement was accompanied by a really sweet picture of the couple sitting on some grass and a long essay entitled On Conscious Uncoupling, by Dr Habib Sadeghi and Dr Sherry Sami. As far as celebrity divorces go, it's all incredibly civilised and a little bit affected. So yes, it's exactly how you'd expect Gwyneth Paltrow to handle something as messy and horrible as divorce. 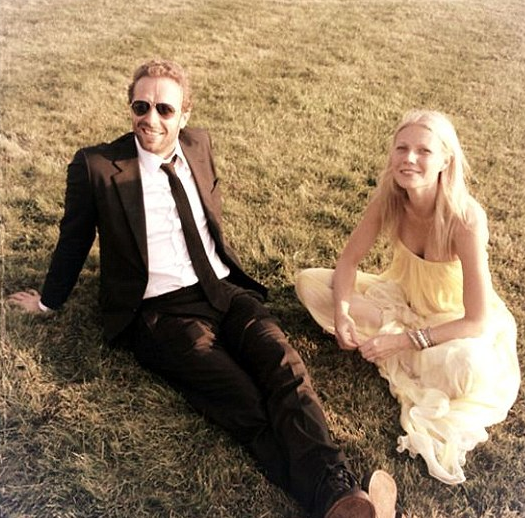 But while I've always been happy to mock Goop and its clueless assumption that everyone can have their own garden pizza oven and that we all need a weekly list of Michelen starred restaurants in the south of France in case we feel like jetting over for a couple of days, I can't help admiring her this time. Because seriously, what's wrong with trying to make the best of a genuinely bad situation? What's wrong with trying to deal with something awful with grace and positivity?

In their essay, Habib Sadeghi and Sherry Sami describe divorce as "a traumatic and difficult decision for all parties involved... By choosing to handle your uncoupling in a conscious way, regardless of what's happening with your spouse, you'll see that although it looks like everything is coming apart; it's actually all coming back together." Yes, it's easy (oh, so easy) to laugh at pompous phrases like "consciously uncouple". The words even sound like a parody, the sort of expression created in a sitcom therapist's office. But it still looks like pretty sensible advice when a serious relationship breaks down, especially one involving children.

Yesterday Sophie Heawood wrote a beautiful column for Vice in which she described the awfulness of falling out with the parent of your offspring:

So if those cheery blonde quinoa-munching celebrities Gwyneth Paltrow and Chris Martin can consciously uncouple, and teach the rest of us how to do it, then please go ahead. I for one will listen. The angry silences can burn a hole in your heart otherwise.

So I say good luck to Chris and Gwyneth in their quest to consciously uncouple, however silly that phrase might sound. It's easy to forget that celebrities are, well, people, and certain sections of the media also seem to forget that their children are not just adorable photo opportunities, but children who presumably feel the same way towards their parents as most kids do. It doesn't matter how soapy a relationship seems to the general public - to the people involved it's very real. Unless of course, it is one of those sham relationships that ALLEGEDLY have taken place between short, very famous film male stars and tall famous female ones. And even then it's real to the kids.

So what do you think of Gwyneth and Chris's approach? Have you ever handled break up in such a civilised way? Do you care at all about celebrity relationships? And which couples do you hope never, ever split up (for me it's Beyoncé and Jay Z and, most of all, Adam 'Ad-Rock from the Beastie Boys' Horowitz and Kathleen Hanna)?