The popularity of recent shows like Versailles and Victoria is a testament to the enduring popularity of period dramas, particularly those focused on monarchs. The Crown is a new Netflix series which is expected to span 60 episodes over 6 seasons.

The Crown will trace the life of Queen Elizabeth II from her wedding in 1947 to the present day. Claire Foy plays the Queen in the early part of her reign. Matt Smith, Jared Harris, Vanessa Kirby, John Lithgow and Greg Wise also star.

Peter Morgan wrote the scrip. He also scribed the Oscar-nominated screenplay for 2006 film The Queen starring Helen Mirren. Morgan has also received an Academy Award nomination for Frost/Nixon, so there are high hopes for the show.

The trailer and new poster have just been released and can be seen below: 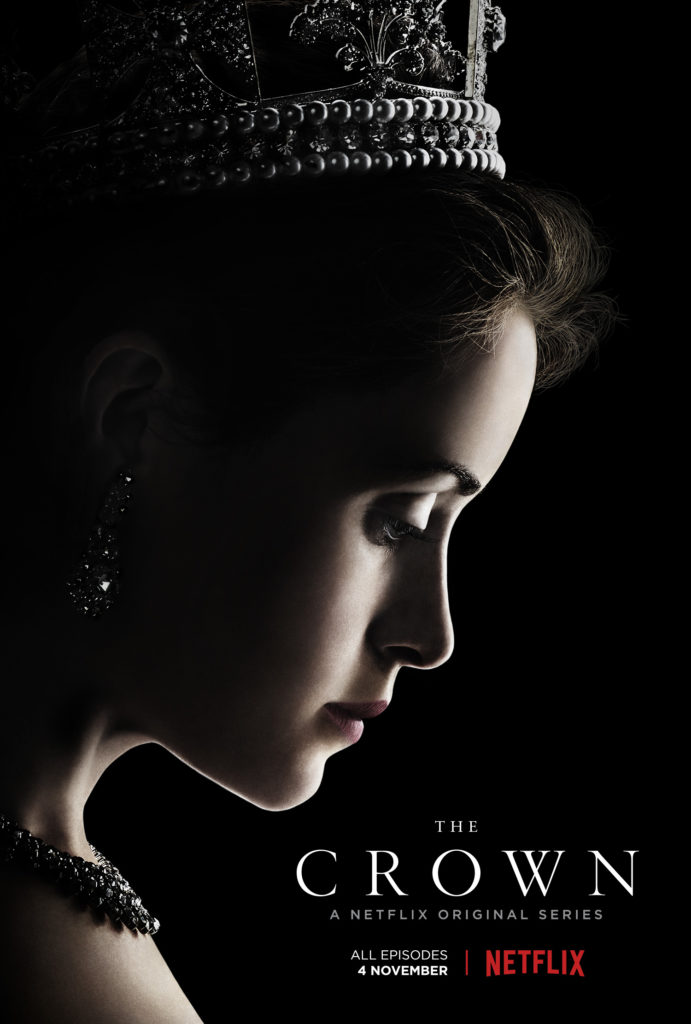