Cups of Tea and Outings With Your Mum's Mates: What Makes a Perfect Daughter? (Apparently It's Not Me)

I like to think my mother and I get on pretty well. Yes, there have been a few tantrums (mine) and yes, she sometimes drives me mad, but generally I think I've been pretty lucky. And without blowing my own and my sisters' trumpets, I don't think she's done too badly daughter-wise either.

But that was before I read about a new poll of 2000 mothers and adult daughters conducted by personalised gift company Getting Personal, in which mammies listed the qualities they thought made a perfect daughter. And I realised that maybe I am not such a good daughter after all.

See, the poll revealed that most women said they already see their mothers once a week, talk with them on the phone three times a week and text them every other day. Oh God.

Here are some of what the qualities that those mums listed, and my own dismal responses.

Now, tell me, how would you fare?

1. Tells her mum her problems

Yes, if it was a huge crisis, but I have never poured my heart out to my mum about personal stuff. Fail!

2. Always available in a crisis/emergency

Probably not as regularly as I should. BUT I blame my mother for this. Well, sort of. Literally a month after I moved out of the family home, my parents moved to America for three years, which meant I never got into the habit of calling them daily (I'd never had to before, because we lived in the same house, and I could hardly afford to make constant calls to Washington DC). So by the time they came home I'd sort of got used to not talking to them for weeks on end. Anyway, I do talk to my mum at least once a fortnight, so pass? 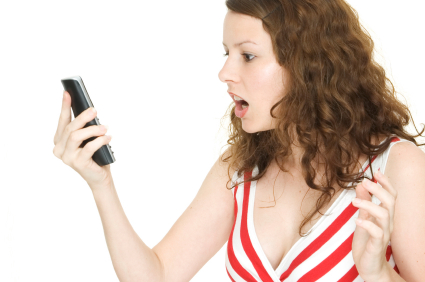 Time for the daily text to confirm my thermal-wearing status...

5. Always on hand for a cup of tea

What does a girly day trip entail? A spa? I can see us doing that, maybe, though we'd both probably get a bit bored. Shopping? Definitely not. Anyway, whatever it is, we haven't done it. But I wouldn't rule it out. Still, fail.

7. Lets her mum interfere with her wedding

I always thought my family were pretty happy and normal, but the more I read of this list, the weirder I think we must be. My mother was excited about my and my sister's weddings but I didn't ask her to help out with mine (we paid for it totally ourselves) and she made no attempt to take over or interfere. And if she had, I wouldn't have let her. So another fail! Am I the worse daughter ever? 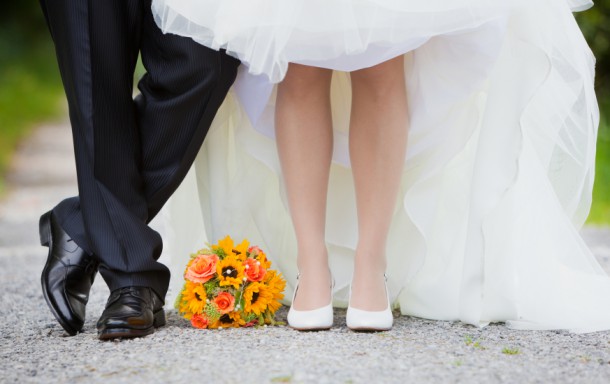 My mother has a passionate devotion to crime dramas of all kinds, but apart from a fleeting interest in Brookside during the glory days has no interest in soaps. So I am unlikely to call her to discuss the fact that Kal in Coronation Street seems incapable of delivering lines without pointing his finger at whatever unfortunate he's talking to in a cheesy fashion (I can't be the only one who has noticed this, can I?). Another fail! We did enthusiastically discuss Endeavour recently, but I suppose that doesn't count.

9. Has a day that she always visits her mum, i.e. every Sunday

Yes! Yes, I do do this! In fact, sometimes I recommend stuff from this very site. Pass.

11. Joins her mum and friends on days out together

Seriously, poll people? Um, no, unsurprisingly, I do not go off to Wexford with my Mam and her pals from choir. Am I incredibly weird or is it the people in this poll? I don't think I know anyone who goes out for day trips with their mother's mates, but maybe they're all doing it and not telling me because they feel sorry for me and what is clearly my terribly imperfect relationship with my mum. Fail.

12. Sends cute cards/letters for no reason

No, because I am a heartless bitch. Apparently. Fail! 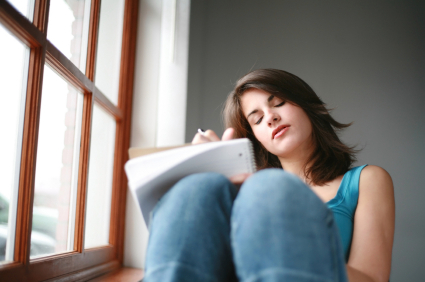 That's nine out of twelve fails. But in my defence, if it had said things like "lends good books", "has never caused her to worry terribly and was quite a well behaved teenager, all things considered" and "goes on fun trips to the theatre together" I'd have had a few more passes, but it didn't, so I'm afraid that officially I may be a Bad Daughter. Good lord.

So according to this poll, how would you rate as a daughter? If you have daughters yourselves, what qualities do you rate? And what do you think makes a perfect daughter - and indeed mum?

Now if you'll excuse me,  I'm off to ring my mother and offer her my nice Aerin bronze illuminator.