Fantasy Friday: Craig & Jackman to appear on Broadway together? 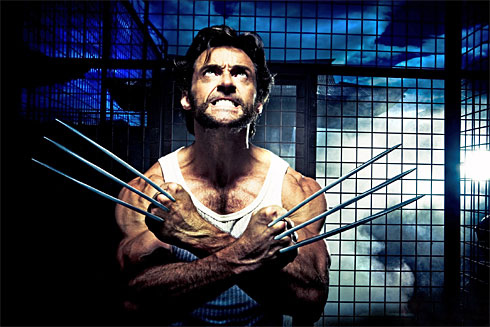 Kirstie and Aphrodite's "appreciation" for a birrov the Daniel Craig fella is perhaps the worst-kept non-secret on Beaut.ie. I, meanwhile, will happily sit through reruns of X-Men movies anywhere, any time - which sci-fi fan Himself was only delira with until he made the connection between Wolverine being shirtless on-screen and my being completely glued to the action. And, despite - or maybe because of? - the lip pursing, I do very much like Craig as Bond.

So I had a bit of a swoon the other day when it came to my attention that speculation is rife that Daniel Craig and Hugh Jackman are to co-star in a Broadway play later this summer. Apparently, they're to appear as a pair of Chicago cops who are bestest buddies until a case involving a domestic dispute threatens to upset the apple cart good and proper in Keith Huff's  "A Steady Rain".

Right, so we know there'll be police uniforms. And while I'm pretty sure that the title is metaphorical, I can't help but hope that there'll be a sprinkler sequence in the middle of the action for that wet-shirted Mr. Darcy effect. And then maybe they'll have to get out of those wet clothes before they catch their deaths. Because I've been given a bit of a free pass with this: Himself has said (and I'm taking him at his word) that if it turns out there's to be any nakedness, I should really go see the play.

I might have to time a trip to New York to coincide with its run.