Hilary Mantel VS Kate Middleton: yet another made up girl-on-girl catfight 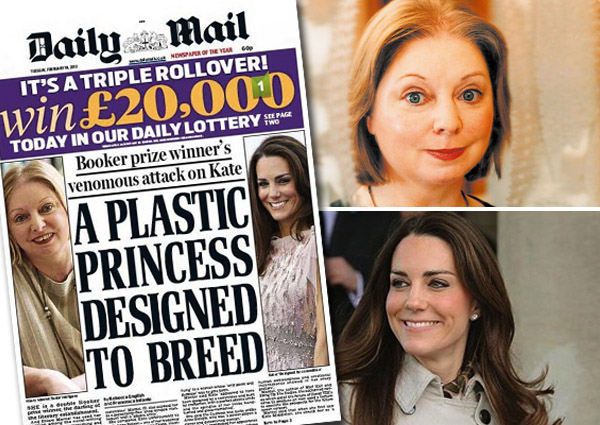 If there’s one thing that tabloids and gossip magazines love, it’s a good old fashioned girl-on-girl catfight. The most recent case in point being the Hilary Mantel vs. Kate Middleton affair, which is currently taking over the internet. Essentially, the Daily Mail took Mantel’s excellent, interesting and beautifully written essay (have a read here, it’s well worth it) about the monarchy, cherry-picked some quotes, quickly tossed aside any context they once had and ran headlines that amounted to MEAN OLD LADY HATES LOVELY PRINCESS, while presumably weeping tears of furious indignation into their commemorative Royal Wedding plates. However, anyone that actually read the piece by Mantel can see that it’s privacy-invading publications like the Daily Mail that the author is taking a swipe at, and not the lovely Kate. But hey, that’s just boring when they could fabricate a scrap instead.

It’s a constant theme in showbiz, which prompted Jessica Chastain, the great big dreamboat,to take to her Facebook page, saying "I find it very sad that the media makes up bogus stories about women fighting in this industry", in response to stories of an Oscar feud between her and Jennifer Lawrence, which claimed that the stars hated each other. 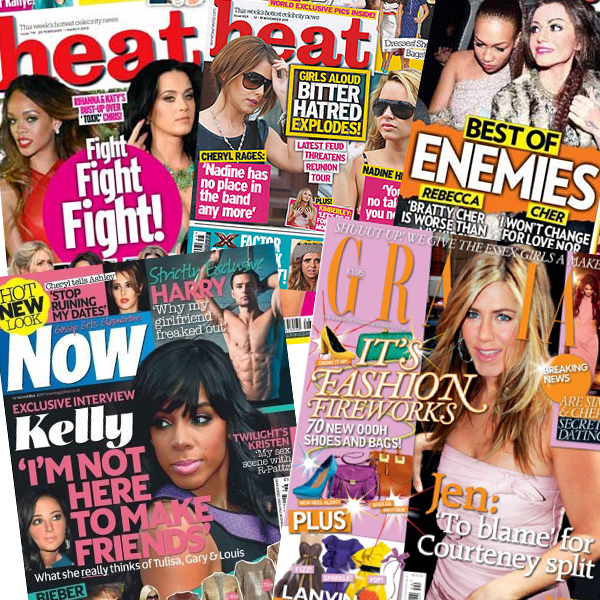 Right now, magazine covers are screeching about BFFs Rihanna and Katy Perry and a supposedly catastrophic falling out they’ve had over each others boyfriends, no doubt filled with claims from “unnamed sources” and “close friends” who couldn’t possibly be talking out of their arses.

It’s as if certain areas of the media can’t get their heads around the idea that women actually like women, are often supportive of each other and want to see each other do well. Has there ever been a series of X Factor, or indeed any show with a panel of judges that featured more than one woman that hasn’t been surrounded by rumours of infighting? While there are bound to be disagreements every so often, as there are with any humans, the way famous women are reported on, you’d swear the celebrity world was full of hysterical divas tearing each other’s hair extensions out.

So, have you been following the Mantel vs Middleton silliness? And what do you make of reports of supposed celebrity feuds?