Just us or was Celebrity Salon a total damp squib this year?

Normally we rub our hands with glee when a new series of Celebrity Salon rears its ugly head on TV3.  It's generally a laugh a minute with hapless celebs plunged into a world of face slime and boob massages (remember Calab Best, though we were sure he had plenty of practice anyway). 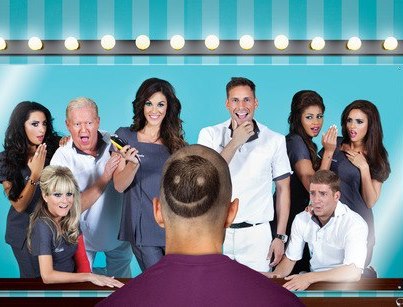 Oh cop the eff on I thought, you gang of idiots.  I've met that therapist and she is lovely and highly professional.  Every one of my skin cells crawled in mortification for her.  I knew the formula of sniggering, contestant canoodling and racy antics was about to kick it: it was time for me to make my excuses and leave.

I couldn't bear another second, switched off at that stage and emailed Kitty, the television junkie to see if she could write something about it.  No I'm not watching she replied.  I texted Sue to see if there was any joy there. She wasn't watching either but gamely turned it on and kept an eye on the twitter feed too.

"With more drunken shenanigans than spa treatments, the show seems to have taken a turn for the worse but public opinion is divided. Tweets following the show ranged from 'Celebrity Salon sums up what's wrong in this world' to 'Rolling around laughing here, SO hilarious' and it has to be admitted that the majority of tweets were in the latter camp.

There's a very obvious relationship forming between Greg and Irish model Nadia Forde as the rest of the cast play act for the camera and mess up pretty much every assignment they're given. Tinhead himself (Philip Olivier) has taken the role of class clown and run with it, providing some of the funnier moments and all of the inappropriate exchanges with clients."

But still Jesus it's desperate. Might it improve? Might pigs fly?
Are we being too harsh - let us know in the comments!