What can I say, the kid has great taste in music. pic.twitter.com/0MGPHdimSx

John declared the arrival of his first child with wife Karen on New Year's Eve with the following tweet. 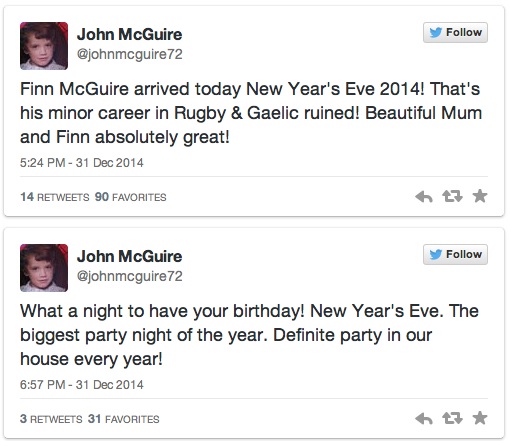 Last July, the couple announced they were due a little bundle in December, so he arrived just in the nick of time.

Huge congrats to Karen and John, and welcome to the world little Finn!

It's a boy! Janet Jackson and husband Wissam Al Mana welcome a son

Watch: This baby running away with a stolen phone while it's recording is just glorious