Some of these are obvious, some of them not so much. But here is my honest account of the truth about the first two weeks of motherhood,

For example "You Will Never Sleep Properly Again" doesn't feature, such is it's obviousness. But before we get to the crux of the matter, there are a few things that need pointing out.

Firstly, this is a 'no frills' feature; there’s a reason people keep shtum about the baby bubble - and it's because the future of the human race depends on procreation. Secondly, this is only one person’s perspective. It’s an intensely personal experience. Some people have had much more positive experiences, and others haven’t been as fortunate.

Everyone finds their own way, this just happened to be mine. 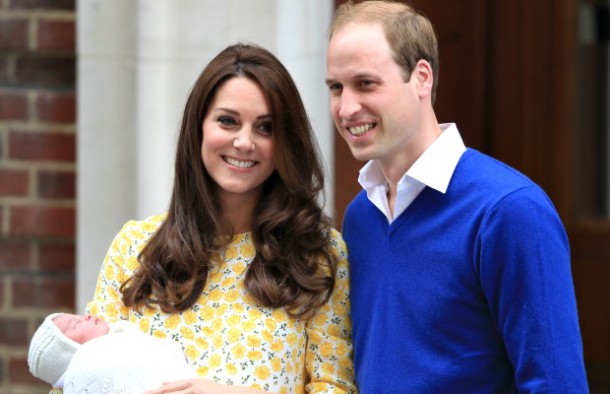 Must haves include an eye mask, earplugs (you will still hear your baby, promise), lip balm and a good moisturiser (you’re in there for a few days and the aircon can be very drying), a sports bottle of water (TMI alert: it’s used to, eh, douche while you use the toilet for the first time after delivery, helps take the sting away…), high-waisted knickers (mandatory if you have a C Section), and those MASSIVE green maternity pads that a tiny princess wouldn’t feel a pea under. Yes, the flat ones with the wings are more appealing, but - for the most part - they didn’t work. If your chemist doesn’t have them, your midwife should have access to a supply.

Also, when you’re going in to have your baby, just bring in your bag; there won’t be room for the bag with all your baby’s clothes in the labour ward. And bring a bag of snacks - mainly for your birthing partner; you won’t be hungry. And remember that they won’t give you any food if a C-Section is possibly on the cards.

Unfortunately, due to reasons beyond my control, I was physically unable to breastfeed, so the first time my daughter had a bottle it was an experience - mostly because I was too out of it on morphine to feed her myself (long story; the short of it is, I was induced, and then - due to complications - I had to go under a general anesthetic for a section as the epidural didn’t work on one side).

But the midwife looking after us was amazing. Her name was Grace and - between repeatedly blowing in Lara’s face to keep her awake, jostling her about and general care and perseverance - I picked up some pointers that stood me in good stead for the following months. What I wasn’t prepared for was all the vomming. Such was the magnitude, that we run out of onesies on the first day. Always have an extra supply of vests/onesies in the boot of the car if possible.

The next bit of advice is also TMI territory but I was so grateful a friend who’d just had a daughter imparted this information before I had mine. She said that if you have a little girl, don’t be alarmed if there’s spotting in her nappy, some girls have a small bleed after being born due to the hormones passed on through labour.

They casually mention ‘baby blues’ on day three after having a baby, but boy was I unprepared. Apparently it’s when your hormones start going a bit mental because your ‘milk’ is coming in. It’s also when the adrenaline starts dipping after you have magically brought forth another human being from your person.

At the end of day three, I was bawling at the husband not to leave me because I didn’t feel capable of looking after anything. Then a full blown panic attack ensued. Tiredness also played it’s part. If it’s still really tough come day three, it’s usually those three things combined.

If the day three feeling continues, it’s imperative that you talk to someone.

Man, the forms. THE FORMS. Particularly the forms to leave the hospital. Get your partner/family member to help here.

This usually happens around day three, or day four. You’ve been delivering colostrum up until this point; now’s the time for the proper milk parlour to take effect. My poor ladies swelled up to the size of actual beach balls. There I was, wandering around the house, with frozen cabbage leaves stuffed down the only bra top that fitted me, blaming everyone else for the “smell of farts”.

Such was the flow, I had to tape two breast pads to each boulder. My sister jovially mentioned that she had to resort to her child’s nappies in each cup.

About three days after you get home, the district nurse calls around with more paper work in the form of leaflets. Many, many, many leaflets. The most memorable ones involve contraception - because sex is the first thing on your mind - but also Post Natal Depression and it's very important to keep tabs on.

She also informs you of the BCG (an injection the nipper will need approximately four weeks after birth), followed by a timetable of all the other vaccinations they’ll need. They will then gently fling your baby backwards to check their Moro Reflex - the response to a sudden loss of support. There’s also the process of registering your child’s birth so you can start receiving child allowance (note, if you’re not married, the father must also attend the registration with valid ID. This was not very clear to me, so I had the joy of going in twice. The first time I went in, sans partner, I was jovially informed “well, you can always leave him off the birth certificate!”).

Lastly, your district nurse should inform you of the different groups in your local HSE clinic. My district nurse was thrilled I was bottle feeding because she had just set up a bottle feeding support group. I turned up two weeks later to find another district nurse chowing down on his elevenses. He informed me “There’s no bottle feeding group. We’re breast feeders here.” When I proceeded to ask him questions about some issues Lara was having regarding feeding, he again informed me “we’re breastfeeders here.”  It’s best to bear in the mind that, while breast is obviously best, it’s not alway an option for everyone.

Don’t be afraid to set up boundaries from the beginning - the majority of your nearest and dearest will make a point of visiting you before your nipper is two weeks old. If you don’t want all and sundry huddled around your hospital bed, say it. If you’d rather not have people randomly knocking on your door while you’ve got frozen cabbage leaves stuffed down your bra top, ask them to text you first. Or, better still, try to defer people over a number of weeks; it’ll break up your day - particularly when your other half goes back to work.

And you’ll want to know when they’re arriving, so you can ask them to pick up some stuff from the shops for you. Seriously, people will WANT to help. Those that just want to kick up their heels and expect an endless supply of tea and entertainment, try avoid for as long as possible / indefinitely. There was one point, one week after my c-section when I was devoid of a seat in my own sitting room such was the influx of tea swillers.

I hope that hasn’t filled you with a flicker of fear. What you’re about to go through is amazing, complete with the peaks and troughs that make up life's experiences. Some parents have an idyllic time, some not so much, either way people need to be honest. There will be parents who find it really tough, and they need to know they’re not alone. It can be a nightmare at times, and then - in another flash - it’s the best thing imaginable.

Like a wise man called Ronan once said; life is a roller coaster, you’ve just got to ride it.

Do you have a new baba in your house or are you expecting a small person to arrive into your life soon? And if you've any other truths or tips, we'd love to hear them.