David Beckham's Insta post for Brooklyn is so lovely

He's only been on Instagram a year but David Beckham doesn't hold back when it comes to sharing his love and affection for his children on his account.

It's Brooklyn Beckham's 17th birthday and dad David decided to mortify his eldest by sharing a lovely photo of the pair with an emotional tribute underneath in which he declared that he very proud of his first born. 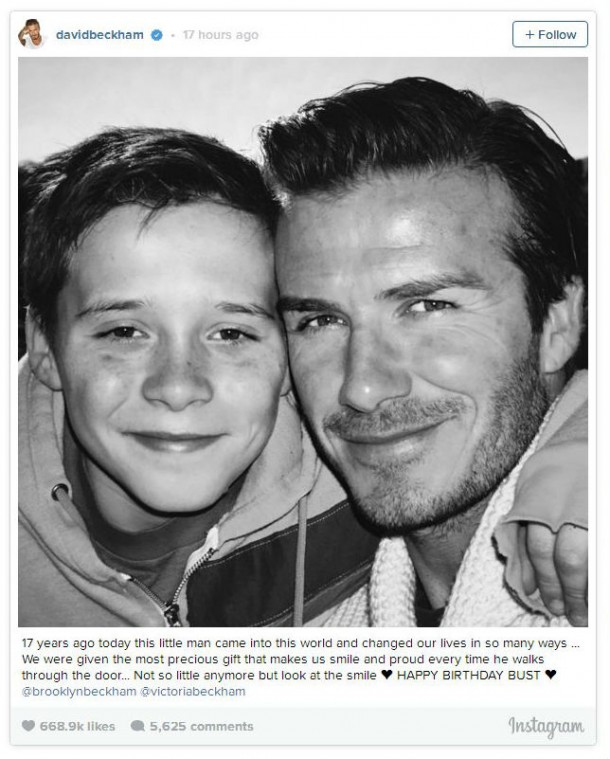 If Brooklyn was any way embarrassed by his dad's tribute he didn't get any sympathy from his mother who posted her own image of Brooklyn later that day. 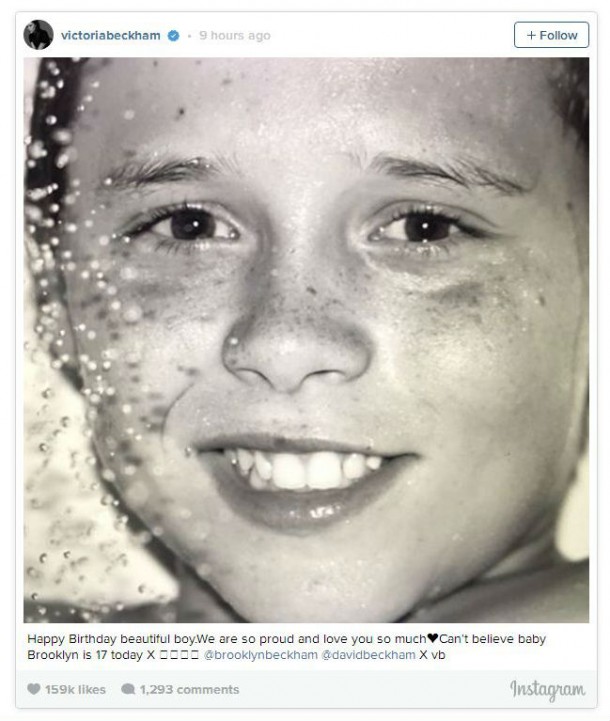 Chloe Grace Moretz and Brooklyn Beckham have reportedly split up

"We're in a relationship"

Possibly one for the 21st montage...