Pippa Middleton attended the Frost Family Summer Party in aid of the Miles Frost Fund last night, and while she walked the red carpet she made quite the point of standing at weird angles, shielding her left hand from the photographers. 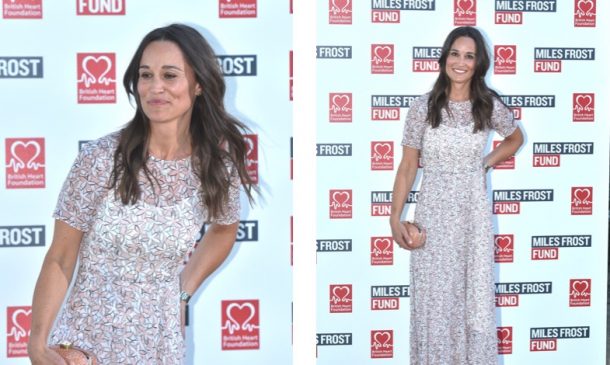 And the reason was clear today as she and her fiancé, James Matthews, confirmed in a statement to the Press Association that they are engaged and will wed in 2017.

Congrats are in order! Pippa Middleton is engaged to James Matthews: https://t.co/Be3GcSt1Au pic.twitter.com/J5m2rWG7fx

A spokesman for the Kate and William said that 'The Duke and Duchess of Cambridge are absolutely delighted with the news.' And Kate may have added that she will batter Pippa around the head with the bouquet if she tries to upstage the furore that surrounded her own nuptials.

The ring is estimated to have cost £200,000 and is one helluva sparkler. Its art-deco inspired cut will spawn a thousand high street copies and I want one for each of my fingers. And toes.

And we can now look forward to the never-ending speculation about who will design her wedding dress and what her bottom will make of it.