Taylor Swift Hate: I Just Don't Get It

Over the last couple of weeks I've noticed something that I think is really odd: massive numbers of people are getting really riled up about Taylor Swift. I saw a tabloid newspaper last week gleefully paint her as a dirty little harlot of a serial dater for “moving on” from Harry Styles by allegedly “getting her claws” into Ed Sheeran, but it's not just the professional stirrers in the media who are at it.

Twitter is full of some serious Taylor haterz, too. 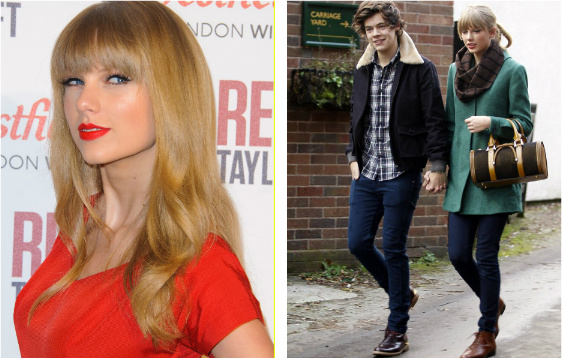 While there's usually a line or two of We Are Never Ever Getting Back Together floating around in my head at any given time because it's a major earworm, I wouldn't say I'm a Taylor Swift fan. In fact, I really dislike the fact that particular song seems stuck on repeat in my head at the minute.

Even so, I just don't get the hate. She's a successful 23-year-old woman. She dates. She seemed nice and quite funny on Graham Norton a few weeks back, wore flat brogues for an X Factor performance last year, and has lovely hair.

Am I missing something?

Because at the moment it looks to me like crazed One Direction fans frothing at the mouth because she dared to go near one of their precious boys, possibly crossed with a classic, tiresome case of women being branded slappers by the red tops for daring to have a life.

What do you reckon?  Love/Hate or just indifferent?