Team Panti Tee Shirts For Sale On The High Street: Fashion We Are Wearing With Pride

The first time I saw the fabulous Miss Panti Bliss, it was the late 90s and Ireland's most charismatic drag queen was hosting the Alternative Miss Ireland pageant at the Harcourt Street venue, Red Box. Like everyone in the audience, I was dazzled by Panti's style and wit. But I never imagined that about 16 years later, she would become an international icon in the fight against homophobia.

At this stage, you've probably heard all about how Panti, in her off duty persona Rory O'Neill, was asked by Saturday Night Show host Brendan O'Connor to say who in the Irish media was homophobic. Rory mentioned columnist John Waters and conservative lobby group the Iona Institute - and surprisingly for people who don't seem to mind belittling LGBT people in print and on air at every opportunity, they didn't like it. 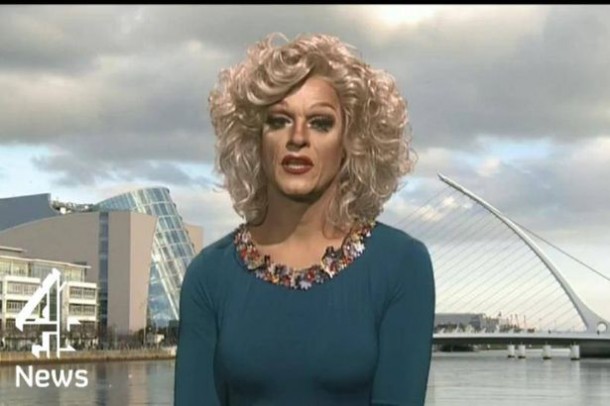 Panti being interviewed on Channel 4

Personally, I think people who don't believe gay people should have equal rights should just be honest and embrace the word, but no, they know that being a homophobe is generally considered a bad thing, so they think it can't possibly apply to them. RTE got a solicitor's letter and instead of standing up to it, decided to pay out. And between them, Waters and the Iona team got €85,000. Eighty. Five. Thousand.

The rest is history. Panti was asked by the Abbey to give a "noble call" speech at the end of a production of The Risen People, a play about the 1913 lockout. Throughout the run, various people have given noble calls, but Panti's enormously powerful  speech (filmed by documentary maker Conor Horgan) became an international hit, attracting the praise of everyone from Graham Norton to Madonna.

And that's when the real backlash against RTE's decision started. There was a rally in the city centre protesting at RTE's decision, at which several people made excellent speeches and Team Panti badges were distributed. It became a topic of discussion in the Dail, where gay TDs spoke movingly about their own experiences of homophobia. 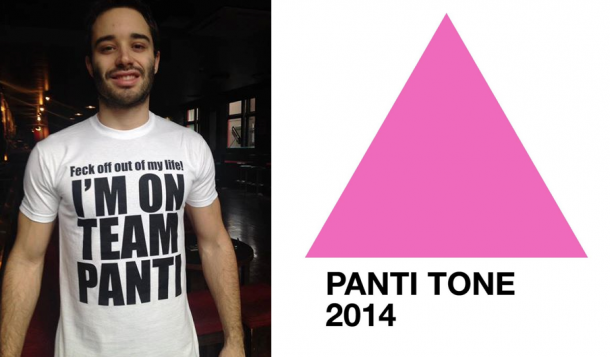 For many of us, there was a sense of real anger at the unfairness of the whole thing. There was also real fear - if people who constantly express bigoted views can't be called bigoted without threatening to sue the national broadcaster, how can bigotry be challenged?  John Waters got given €40,0000 of taxpayer's money, considerably more money than I earn in a year, for the terrible defamation of being called homophobic. The same John Waters who said in a 2012 interview with a UCD magazine, that

this is really a kind of a satire on marriage, that is being conducted by the gay lobby. It is not that they want to get married it is that they want to destroy the institution of marriage because they are envious of it and they see it as a, really, as an affront to their equality.

That, by the way, wasn't even the most nasty, ignorant thing he said in that interview. Go and read all the transcript, if you can do so without getting sick. Anyway, despite saying things like that (and worse), things that I think all of us would agree are just a teeny tiny bit homophobic,  John Waters somehow managed to acquire 40 grand from RTE. As did his pals at the Iona Institute, an ultra-conservative Catholic organisation whose members aren't just content to follow a particularly rigid version of Catholicism, they want every single person in the country to do so as well.

And not only are they against same sex marriage, but they also support the right of state-funded Catholic schools to fire gay teachers (which they are still allowed to do - the special "Catholic ethos" means all Catholic schools are exempt from normal equality laws). 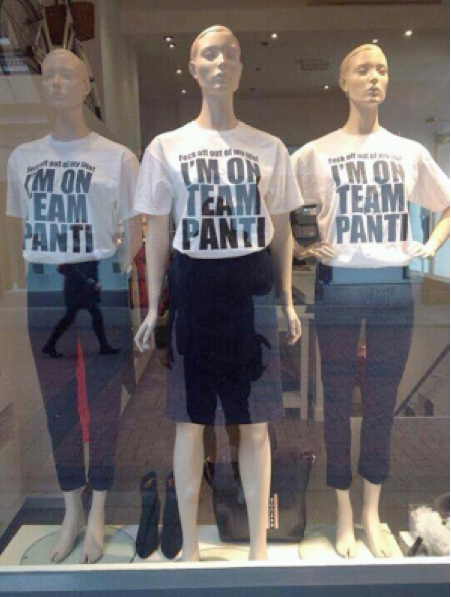 You can run, you can hide but you can't escape Team Panti (Image:Facebook)

This week, Iona's Breda O'Brien, a secondary school religion teacher who also has a weekly column in the Irish Times, spoke on an Irish Times podcast talking about how persecuted she felt by the backlash and claiming that the podcast finally gave her the chance to put forward her own views. Yet again she complained about being silenced and makes a big deal about the fact that it was Panti who got asked to speak at the Abbey, clearly forgetting that she doesn't need to speak to a few hundred people in a theatre because she has a WEEKLY COLUMN IN THE IRISH TIMES.

But TeamPanti are not shutting up. Some excellent t-shirts went on sale, with proceeds going to BelongTo, the wonderful organisation that works with LGBT young people. I can't stress strongly enough what a fantastic organisation BelongTo is - I've talked to the teens who use the service lots of times for work and I know that BelongTo really does save and change lives.

Every time I read one of Breda O'Brien's mealy-mouthed columns about how she doesn't hate gay people but basically they don't deserve the same rights as she does, or hear the likes of David Quinn on the radio talking about the "gay agenda" as if LGBT people fighting for basic equality is some sort of sinister force, I think of those kids and the effect it must have to be surrounded by such negative messages in the media all the time. So the thought that John Waters and the Iona Institute have indirectly given a big donation to a group that helps them is very cheering. 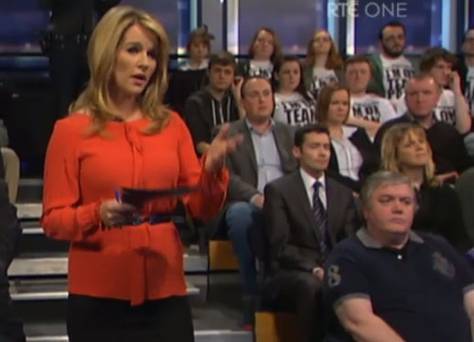 And the shirts are spreading. Several shops in Dublin's city centre, including Costume, have decked out their window mannequins in Team Panti tees, and the other night Primetime viewers were treated to the sight of quite a few audience members all sporting their Team Panti shirts. It's hard not to think that Waters and Iona's desire for a big payout may have backfired quite a bit. Heh heh heh.

Will you be wearing a Team Panti tee shirt with pride? Tell us your thoughts in the comments.