I love makeup. That is no secret. I spend a very large amount of time buying it, applying it and writing about it. So when I can watch it on TV, you know I am going to do that too. And today I wanted to share with you my two favourite shows for makeup lovers. Prepare to get your drooling face on.

First up is American network Syfy's 'Face Off', and this one is definitely not to be confused with the John Travolta/Nicholas Cage movie of the same name. Face Off sees special effects makeup artists compete by creating their own prosthetic movie monsters. Vampires, aliens, werewolves - they make them all. And, okay, you are not going to learn how to master a smokey eye from watching this, but their level of talent is incredible. I just find it amazing to see how they go from one simple idea to a fully fledged monster in three days.

There are strict deadlines and dramas and everything you would expect from a reality TV show but at least these people actually have a skill. The judges are made up of award winning makeup artists Ve Neill (Beetlejuice, Mrs Doubtfire), Glenn Hetrick (Buffy the Vampire Slayer, Babylon 5) and creature and concept designer, Neville Page (Avatar, Cloverfield). The best part is that they are cuurently on their sixth season so if you haven't seen it yet, you have plenty to enjoy. 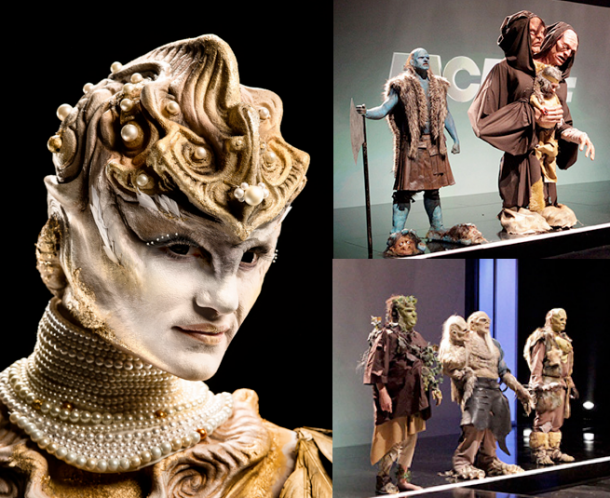 The magical, monstrous and mighty world of SyFy's 'Face Off' (Image courtesy of Syfy)

My other favourite is RuPaul's Drag Race, aired on American station Logo. This sees drag queen extraordinaire RuPaul search for America's next drag superstar. Think America's Next Top Model with a lot more contouring (and some chest plates and other bits) but this isn't JUST a beauty pageant.

Oh no, the queens must compete in acting and comedy challenges as well as doing a catwalk walk where they showcase some elaborate fashions and show off their personality. I probably don't need to tell you but drag queens do great make up and I wholeheartedly agree with Dolly Parton who once said that if she wasn't a woman, she'd be one!

These queens are fierce and I often feel really inspired after watching it to recreate a certain look or try out a new colour combiniation. Season six is currently airing so again you  will have plenty to catch up and this one is on Netflix too! You may remember we discussed season four competitor, Willam Belli before. 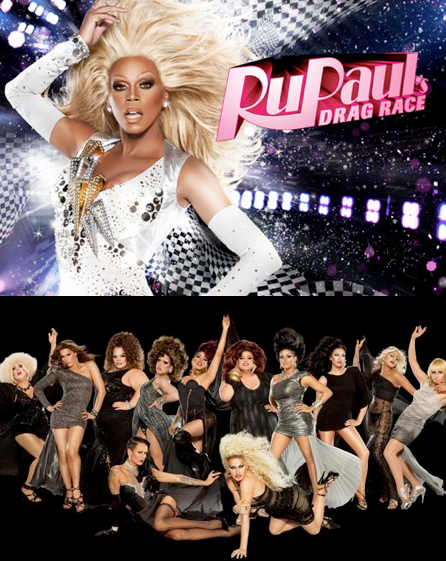 RuPaul and his bevy of beauties (Image courtesy of Logo)

So go on, get watching! You can thank me later.

Am I alone in my telly drooling? Do you watch either of my favs? And what is your favourite show for makeup perving and fashion inspiration - do you slobber over the sexy styles of Mad Men, fan girl over the fashion of Gossip Girl or go mushy for the medieval gúnas of Game of Thrones?