It’s common knowledge that Hollywood is obsessed with youth and that's particularly the case when it comes to women in the industry. There are countless films where actors are paired with love interests that were probably learning to walk the same year the actor could legally get drunk and it’s often pointed out how few decent roles there are for older women.

However, we’re also at a time where more than a few of the older women we see on screen happen to be some of the coolest and most badass actresses in the business.

Helen Mirren, or Queen Rideypants as she should really be known, is a perfect example. She’s won so many acting awards that her mantlepiece must be under serious strain by now, she has a tattoo on her left hand which she now regrets, but only because tattoos have since become so mainstream and at age 67 she is refreshingly unapologectic about being childless.

In a Vogue interview, she revealed that it was always “boring old men” that would get on her case about having to get a move on and have children, to which she would happily tell them to eff off. She turned up at the BAFTA awards last month with pink hair, inspired by English model Sophie from America’s Next Top Model and gracefully twirled around on the red carpet, feck-acting about in the rain because she’s utterly glorious. Oh, and she also had Paul Rudd lob the gob when they were both on the Graham Norton Show recently.

In short, I’d like to be Helen Mirren when I grow up, please. 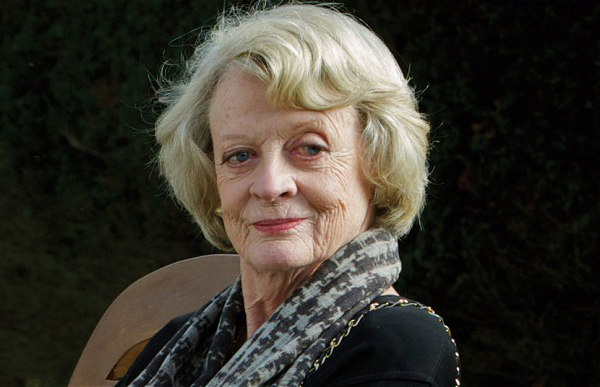 Another great dame giving us all something to aspire to is Maggie Smith. When Downton Abbey finds itself going off the rails with Cousin Matthew’s magic recovering crotch and heartlessly killing off characters, the Dowager Countess remains consistently fantastic viewing and is easily the best thing in the show.

Her knack for imperiously tossing out acerbic one-liners with an arched eyebrow has cemented her place as everyone’s favourite charactrer and her reaction to sitting on a swivel chair remains one of the most perfectly hilarious pieces of television I’ve ever seen. Plus she’s Professor McGonagle, which makes her extra amazing. Obviously.

Finally, steely-eyed Dame Judi Dench is yet another mature woman in showbiz who sets a great example for us all. Voted “the greatest actor of all time” by the readers of The Stage magazine, she’s one of the hardest working people in the industry. As M in Skyfall, the storyline saw her ending up accompanying Bond on his mission, which made her both the head of MI6 as well as the coolest Bond Girl yet. Impressive as her work is, she has said before in interviews that she’s often been starstruck, especially at the Oscars and didn’t know what to do with herself the first time she met George Clooney. Aw, Judi!

So, who are your favourite older women role models?