Well I wasn't expecting that! Ever been surprised by an unlikely crush?

A funny thing happened when I went to see Les Misérables in the cinema last weekend. Everything was ticking along nicely, Anne Hathaway was an utterly devastating Fantine, Hugh Jackman was his usual ridey self, once he cleaned himself up and sorted his hair out and Samantha Barks sang her heart out while appearing to have the tiniest waist of all time. (Seriously it’s astonishingly small, like, it looks smaller than her head.) 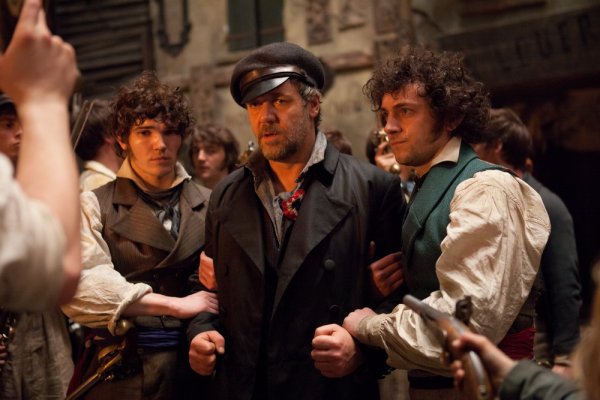 Meanwhile, Russell Crowe was stomping around the place doing a better-than-I-expected job as Javert, wearing a series of very nice and fancy uniforms and generally doing his villainous thing. But then Javert went undercover to sneak behind the barricades and it suddenly hit me. I fancied the Valjean-chasing PANTS off Russell Crowe in this film. This was quite a strange thing for me, as I had genuinely never seen the attraction in all the years he’s been famous. Maximus Decimus Meridius could jog on as far as I was concerned, because I was not buying what he was selling.

Watching a behind the scenes special about the making of the film only served to confuse me further. Russell sitting in a chair and being interviwed about his character? Nothing. Russell as Javert singing at some French people on screen? Well HELLO RUSTY, right this way, no pants required. 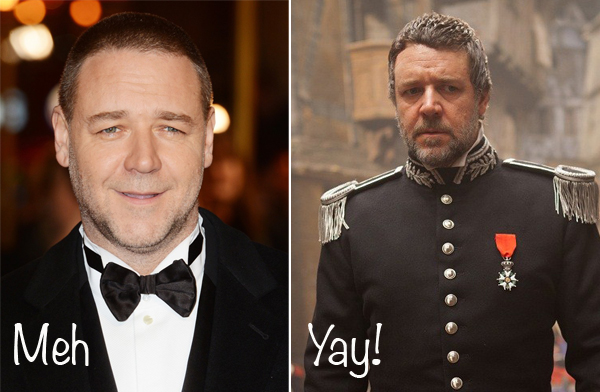 So it appears that I only fancy him in this one particular role and nothing else, which does seem to be ridiculously specific of me. However, it’s now got me wondering what other people’s unlikely crushes are. Have you ever had a sudden attraction take you by surprise, when normally you wouldn’t look twice at the person in question? And if so, what was it that made you change your mind?