Why friendship ghosting is never ok

Let’s be honest about it, ghosting sucks. It doesn’t matter if it was your boyfriend, family member of best friend, it’s difficult to deal with and even more difficult to understand.

If you’ve been living under a rock for some time, ghosting, as defined by Urban Dictionary, is the practice of ceasing all communication with a subject (typically someone you’re dating) with the hope that that person will just ‘get the hint’ and leave you alone. It may be hurtful and even unnecessary, but it’s become a ‘legitimate’ (cough, cough) method of disengaging from a relationship.

While ghosting has been typically associated with the earlier stages of a tinderella-esque relationship (think He’s Just Not That Into You), it can also be used as a breakup tool in long-term romantic relationships and even friendships. It’s seen as an easy, mess-free way of riding your life of the drama of bruised egos and tearful goodbyes. If only it actually worked like that.

Although the behaviour around ghosting is typically associated with a lack of maturity and a paucity of communication skills, it doesn’t make the sense of rejection and confusion any easier to deal with.

That pernicious voice in your head that comes out to play when you’re having a bad day or are in a dressing room with unflattering light, might tell you it must have been your fault or that you weren’t worthy enough to have been a part of that person’s life *ignore it*. 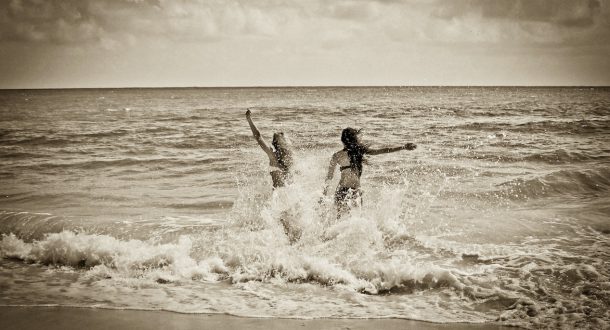 Imagine this scenario: the best friend you grew up with, shared copious amounts of tears and laughter with, just one day disappears from your life without so much as a word, no goodbye text or explanation as to why.

Following the shock and sinking feeling in your tummy when you realise that you’ve been blocked on both Facebook and LinkedIn (the second one is especially baffling), the confused ‘this has got to be a mistake’ assurances begin to set in. After all, this IS the future god parent of your first child and maid of honour at your wedding we’re talking about here.

When the people closest to us pull away it’s easy to look inward and question ourselves instead of looking at what motivates them to act how they do. As we get older, people grow and change and with that change brings the ebb and flow of personal relationships. We outgrow and we get outgrown. Ghosting long-term friendships and relationships isn’t a reaction to the natural order of things. It’s about inflicting damage and hurt on those around you by showing flagrant disregard for their feelings. It’s about turning a lifetime of memories and shared experiences on their head and deeming them unworthy of an explanation or a goodbye.

Losing a member of your support network, that is, those closest to you who share intimate knowledge of your life and you of theirs can have a dramatic knock-on impact on your health and happiness. It’s why when people move abroad for extended periods of time, they often experience an intense sense of loneliness and displacement until they acclimate.

Breakups, whether it be a romantic split or a friendship dissolution, can be tough and there’s a natural grieving process associated with them because losing someone from your life and your support network can feel just like a bereavement. Knowing that it’s alright and justified to grieve the loss of someone you cared about, even if it was ‘just a friend’ instead of the oft weighted more important romantic partner, can be immensely helpful in accepting the situation.

Have you ever been a victim of ghosting or have you been the ghoster on occasion? Let us know in the comments.