Book to film adaptations: what's your favorite? The Girl with The Dragon Tattoo trailer blows me away

This is such a kick ass trailer that it literally pushed me back in my seat when I saw it in the cinema the other night. Daniel Craig as Blomkvist? Nine Inch Nails cover of a screamingly good Led Zeppelin Immigrant Song? The Girl with the Dragon Tattoo on a big screen near me? Yes, yes and oh yes.

Book to film is always going to be a difficult one. Sometimes it works and is magical, bringing to life plot and characters, capturing the public imagination and consolidating the love that people developed for the original works on the page. 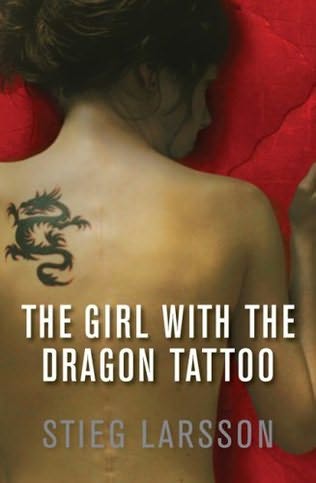 The Harry Potter films, Trainspotting, The Commitments, The Lord of the Rings, Jaws, The Silence of the Lambs, A Clockwork Orange - all of these were brilliant book to movie adaptations. And some films are better than the book - the Godfather films are a classic case in point.

All too often the adaptation doesn't work though and this is gut wrenchingly disappointing when you've loved the book. One of my favourite books, The Bonfire of the Vanities was a crap film (WHO cast Tom Hanks WHO); Narnia; Breakfast at Tiffany's (the ending so far from the original intent it wrecked the film).

But I'll have to wait until Christmas to see what this version of TGWTDT is like - and in other book-film Christmas news The Hobbit will also be out (yay!).

So until we can get to see them what have your favourite book to movie adaptations been so far?