There was something that annoyed the heck out of me about the original Tangle Teezer.  It was impossible to hold and every time I used it it shot across the bathroom and hit something: it was endlessly frustrating.  It's great for thick manes of hair and kids though and anyone who's had to cope with little girl with long hair and endless screaming matches loved it (read OW! You're hurting me: battle of the detanglers). 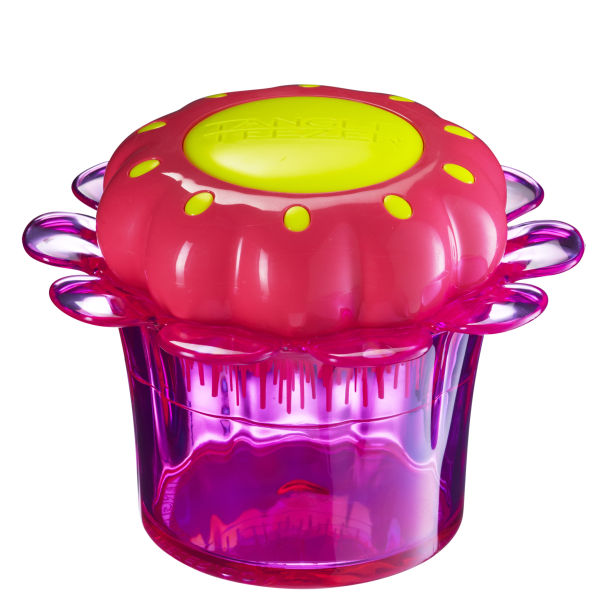 So obviously that failure (to actually be used as a brush that you could hold in your hand) was the key issue that needed to be addressed with any reworking of the Tangle Teezer.  And not only have the TT wizards improved the functionality of the brush, they've also MADE IT INTO A FLOWERPOT!

Kid are going to love this.  As will anyone who loves kitsch and just um a quirk overload. 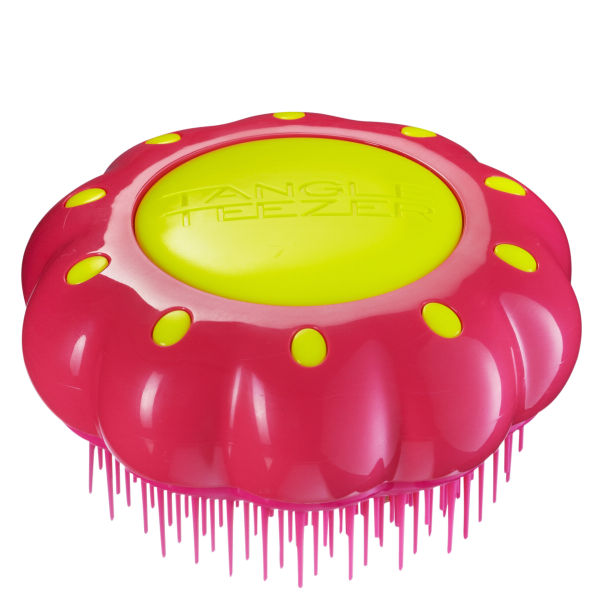 The pot stores clips, slides, hair ties and even a controversial scrunchie or two if you were so minded.  The brush itself looks like a strange sea creature, but its flower shape means it's easier to grasp and untangle hair.

Could this REALLY mean the end of hair related tantrums?