Going Grey: Losing The Battle With The Wiry Little Feckers. Now what?

The first time I found a grey hair lurking in my fringe, I yanked it out without a second thought. “No way, pal” thought I. Some time later, there were four of the feckers hiding in there. I think I actually said “Not on my watch!” into the mirror as I pulled them out. It wasn’t so bad though, as they were sort of hiding under the rest of my dark brown hair, so they weren’t too noticeable. 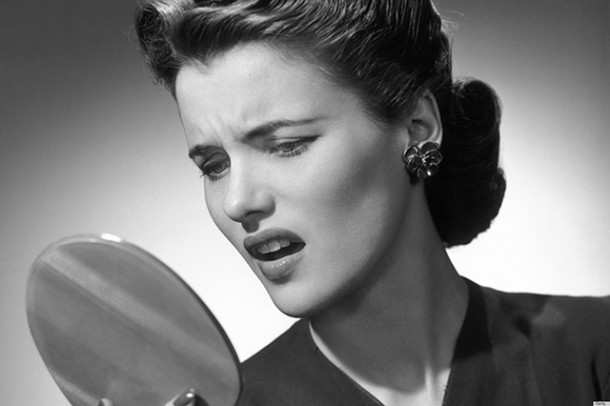 The moment of HORROR

They’ve recently started migrating around my head, however, with the odd one appearing along my centre parting, making a break for it from base camp (i.e. my fringe). And now, the fringe ones are getting a bit saucy, poking out at all angles and making a show of me.

The last time I was getting my hair cut, the hairdresser paused, looked at me and said; “Have you been pulling out greys?” “Er...maybe…” came my pathetic reply, wondering what had given me away. She then showed me the telltale albino strand that had grown halfway down the rest of my hair, ratting me out like the wiry little backstabber it was.

“You can’t pull them out or they’ll grow back all wiry and coarse!” she warned. “One time a woman came in with all these little grey curly hairs on the top of her head, because she’d been pulling them out for years and they looked really….pubey.”

PUBEY. Dear god, is there any other word that would call an immediate halt to what you were doing with your hair than PUBEY? Because if so, I have yet to hear it. Christ. That was shortly before Christmas, and since then I haven’t pulled out any. Oh God, that’s a total lie, ONE I pulled out ONE ok? It was a few weeks ago, when someone in work, mid-conversation with me, stopped and said “You have one HUGE grey hair in your fringe!” He immediately apologized for pointing it out, sort of. “It’s just that the rest of your hair is so dark and like, youthful!” My resolve broke shortly afterwards and I yanked out the offender, because it just wouldn’t play ball and stay put under my fringe. 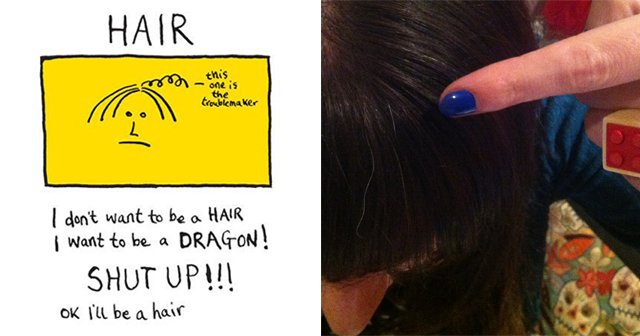 My head is basically this Edward Monkton cartoon now. Except mine don't back down.

I had hoped that when I’d start getting grey hairs, they’d appear on the underside of my hair, behind my ears, like they did for my mam. But no, instead they’ve decided to make themselves as prominent as possible, waving out at passers-by and planting their grey little flag on my head. The bastards.

So now I’m wondering if I should start dyeing my hair. I used to dye it all the time, until around six years ago, when I’d forgotten what my natural colour actually was. Before then it had been jet black, fire-engine red, navy, bright purple, varying shades of orange from when the red was gradually washing out and had blue and then pink ends for a time too. 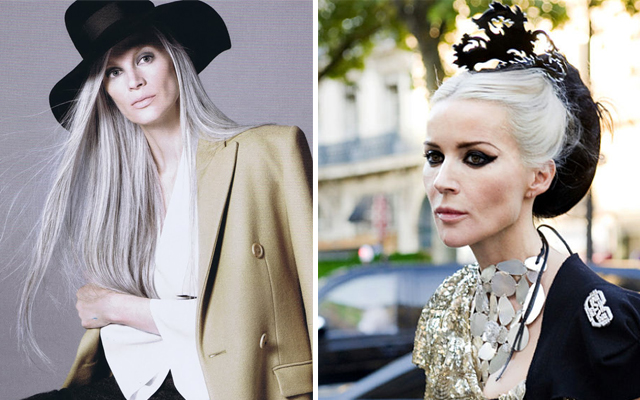 But that was all for fun (and in some cases, for Electric Picnic), whereas the idea of dyeing my hair because I HAVE to just seems a lot less appealing. And once you start, can you ever really stop? The Bear (who has a gorgeous head of longish grey hair which really suits him) reckons I should leave them alone and that it doesn’t matter.

But I can’t help feeling like grey hair looks great on guys (and on a lot of ladies too, don’t get me wrong) but in my case...not so much. I think it’s different when it’s a full head of grey, like Kristen McMenamy’s glorious mane or a big stripe, like Daphne Guinness. But dark hair with random little ones? Oh I just don’t know.

So tell me, have you gone grey yet? And if you have, how did you deal with it? Help me readers, you’re my only hope!