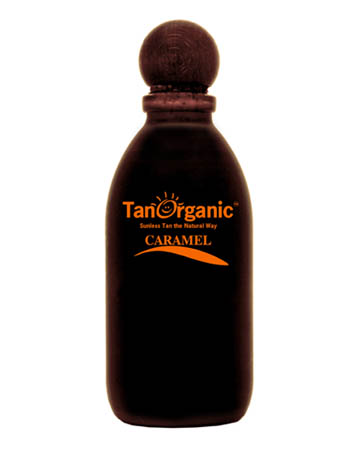 You know about Tan Organic: the brand is a Dragons Den success story and if you combine that TV gold with a recent Late Late Show appearance then you've got a product any tan-fan wants to get their hands on.

You also know if you read regularly that I am not a fan of fake tan. At all.

So, I didn't expect all that much from the meeting I had with the brand's founder, Noelle O'Connor, last Friday.

Except actually, it turns out that Tan Organic is doing things differently enough to make me sit up and take an interest. While we've had a couple of products claiming organic status before in the tanning sector, this is genuinely organic - certification is in-coming as I type - and contains nothing petroleum-based, artificial or synthetic. Good news for naturals fans who like to fake it, I reckon.

It also does things quite differently in a few other ways:

Number one is that Tan Organic uses a base of aloe vera juice where most products use plain water. That's what piqued my interest first, actually, because that aloe base makes it kinder to skin  - although Noelle warns it'll also add a couple of minutes to the drying time. So, you'll get some moisturising benefits to begin with and there's also hyaluronic acid in there, which is a molecule you frequently find in face creams as it's brilliant at holding many times its own weight in water.

Number two is that it was developed by a pale-skinned Irish redhead for other equally pale skinned Irish lasses, so we've - fingers crossed - finally got a product that'll work with our never-seen-the-sun skin. There is only one retail shade available - caramel. In-salon, you'll be able to get a darker version, chocolate, too.

Number three? The tan comes in a glass vial with a cork stopper, so packaging is 100% recyclable.

Rolling out into pharmacy now, you can already buy at salons nationwide for €29.99 - full stockist information is on their website. Have any of you tried it? What did you think?

UPDATE: The bottle cap has now been changed. A pic here: http://twitpic.com/2qy0pz