Today I wanted to tackle some first world problems in the form of beauty issues, which often arise when you’re; a) in a hurry or b) wrecked after work/the weekend/a special occasion etc. They’re the niggly little things we could (and do) live with but thankfully, don’t have to, huzzah!

Before I start in earnest let me address the fact that there are many “imaginary” problems we face on a day-to-day basis for which companies have creatively dreamt up problem solvers, ie. DD and EE Creams; Daily Defense and Even Effect respectively (basically a play on BB and CC Creams) and specialist eyebrow conditioners, which I’m not going to even go into. Those aren’t the types of problems I’m on about, I’m thinking more like, trying to chisel off glitter nail polish or stop my mascara smudging, serious stuff like that. 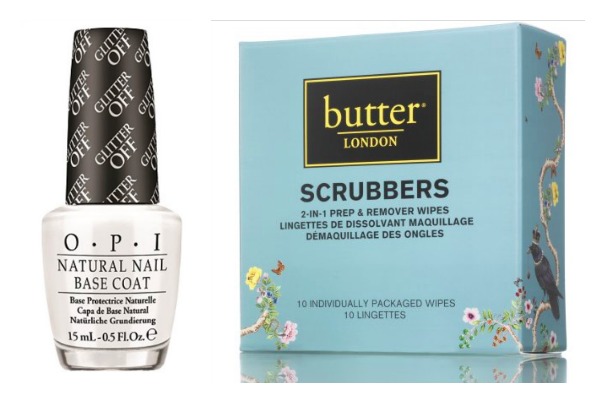 I’ll start with this even though it’s not really the season for it, considering usually we wear it around Christmas time but I’ve started so I’ll continue… I find wearing it a little like wearing spanx as in, I love the initial effect but usually regret it later on. Until that is, I discovered NYC’s Strip Me Off (€1.99) and also OPI Glitter off (€10) – two base coats that peel away when you no longer want glittery nails which is SO handy.

The only down side is that they can peel off whenever they feel like it too, so in that case I’d turn to Butter London Glitter Scrubbers (€12) – individually wrapped pads designed to “strip away yesterday's mania and prep your nails for your next bespoke nail creation”.

When it comes to skin there can be a fine line between dewy and shiny which is why I love blotting papers like MUJI’s (€5) and Tatcha Aburatorigami Japanese beauty papers (€14) so much. These soak up oil without changing the colour of your make-up and leave your face feeling refreshed ahead of any powder top ups. 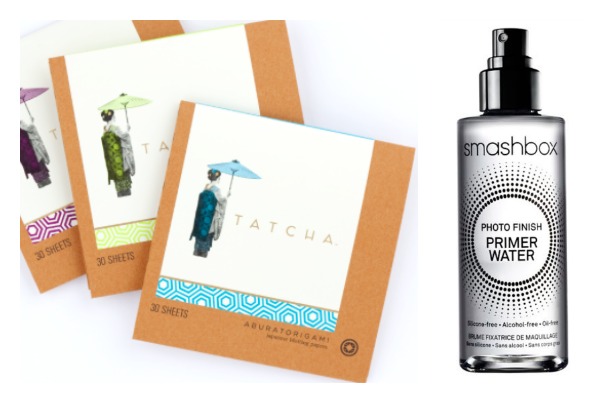 Come the summer months it’s nice to leave heavy primers & foundation at the door which is why I also love Smashbox’s new Photo Finish Primer Water (€24) which can be used underneath or over make-up to set it for a fresh faced finish that’s shine free.

Most would just say, use a waterproof mascara if yours goes smudgy, but it’s not always so simple. Some formulas don’t come in waterproof and also, I personally don’t like the way that they tend to be drier and make my lashes a bit spikey. What’s a girl to do? Check out Clarins Double Fix (€21) or alternatively Estee Lauder’s Little Black Primer (€24), which can be used as a sealant, underneath your normal mascara to give it more volume or on its own as a lash tint. Whatever way you choose to wear it though, smudging is a thing of the past. 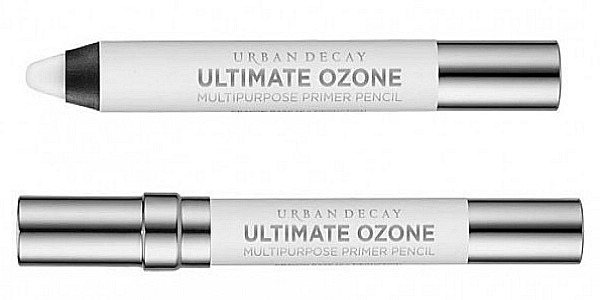 I wrote a piece previously about long lasting lip colours which had some tips to avoid feathering in it as well as a recommendation to try the Body Shop Lip Liner Fixer Pencil (€11) so I won’t harp on too much but invisible/barrier pencils are the business to stop that kind of thing. I’m also really liking the new The Urban Decay Ultimate Ozone Multipurpose Primer Pencil which is a bit bigger although also a little pricier (€19).

Do you have any other mini beauty problems that you'd like a solution for? And to you have any tips and tricks to share with beauty class? To the comments!

10 brilliant beauty buys that are all under €10

Do you have any of these pushed-aside gems?

For when you dare to go bare.