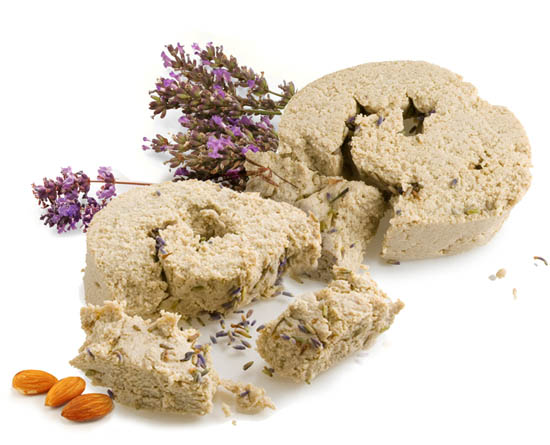 Historically, Lush is a brand that I've never gotten on with particularly well.

Their peanut butter fragranced Ultra Bland cleanser made me gag and was rubbish at removing make-up, their Tiny Hands serum creeped me right out, and I cross the street to avoid passing within breathing distance of one of their stores because the overpowering smell that emanates from them induces immediate headaches and nausea. (Himself has often complained about their open door policy, which allows the maximum trademark Lush store scent to crash out into the street and cruelly assault the noses of innocent passers-by.)

Over the last couple of weeks, I've been giving Lush a second chance and testing some of their new and new-to-me products. Himself is unimpressed ("The whole place stinks!") and while I'm not still sold on the reformulated Ultra Bland, which contains almond instead of the offensive peanut oil, I'm cautiously optimistic about another of their cleansers. 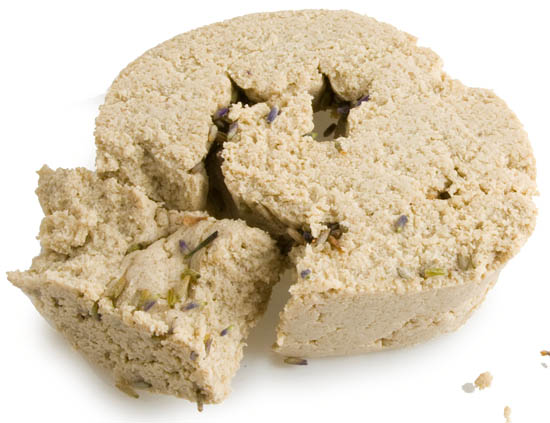 Angels On Bare Skin, €7.90 for 100g, is a putty coloured semi-solid cleanser that's formulated to gently rebalance combination skin types. It's based on kaolin clay, commonly found in face masks where it acts to sop up excess oil, to deep cleanse, and contains ground almonds to gently remove dead, flaking skin, along with rose absolute, chamomile, and lavender to soothe, reduce redness, and rebalance.

I've been using it for about a week now in the mornings and in the evenings if I've not been wearing make-up and I'm surprised - nay, shocked - by how much I like it. To use, I wet my face, pinch off a small amount of cleanser (about the size of two peas), mix it with a little water in the palm of my hand to form a paste, massage onto my damp skin and then rinse it off. It's not rocket science but it is kind of messy; I've been using it in the shower or over the sink to catch the bits that seem to inevitably drop off during the cleansing process (I tend to potter around when massaging in other, less bitty cleansers... Is that very odd?)

My skin had been feeling very tight and flaking with the change in the weather while still being congested along my t-zone, but Angels On Bare Skin has actually helped relieve some of that dryness and gotten rid of visible flakes without irritation. My chin and forehead are looking less spotty and red, and when I looked in the mirror this morning I thought that the pores where blackheads usually reside (gross, sorry) looked considerably more empty than usual.