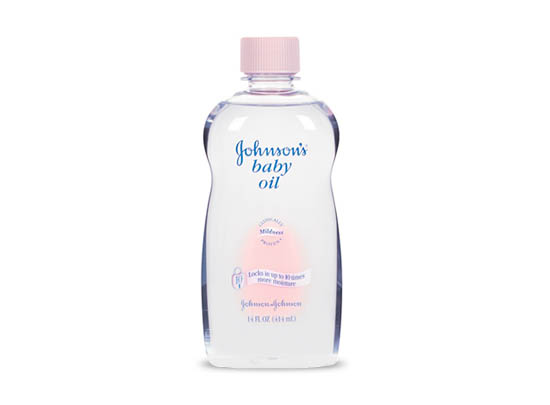 You could argue that the modern battle between the forces of good and evil is being played out on the scented fields of cosmetic innovation. The natural lobby derides anything containing chemicals - apparently completely forgetting that everything ever has a chemical composition - and cries that natural is best. Yes, arsenic and deadly nightshade are wonderful things altogether.

Sarcasm aside, I'm not anti-natural products at all - I regularly wax lyrical on the benefits of my oil-based night time moisturising routine - but I am claim-sceptic. Not everything natural is great and not everything made from a  gajillion chemicals is automatically bad either. Life ain't that simple, and neither, oddly enough, are cosmetic ingredients, one of the most controversial of which seems to be mineral oil.

The main ingredient in good old fashioned baby oil, it's also found in cleansing oils like Shu Uemura's offerings. In fact, it's a hugely widely used ingredient across the cosmetic sphere. It's cheap, it's bland and it's loved and loathed in equal measure. So, is it the root of all pore-clogging evil or an inert substance that most skins can tolerate well?

Opinion is divided depending on which camp you fall into. I'm sitting on the fence and I read Colin's Beauty Pages' post on it with interest.  Authored by a cosmetic scientist Colin, who formulates products, this guy knows his stuff, and has a dispassionate approach to discussing issues.

The biggest problem with mineral oil as far as he's concerned is that it's non-renewable because it's a by-product of the petrochemical industry. If that's a concern for you, then avoid. With regards to the other complaints regularly leveled at it, he  debunks the following scaremongering myths:

Colin goes into far greater detail in his post and explains what mineral oil is good for, so head over to Colins Beauty Pages to have a gander. It's packed full of information and facts on an ingredient that's misunderstood, and makes for a great read.

How To Incorporate Face Oil Into Your Skincare Routine

This week, meet Aisling in person!

First Look: The Body Shop Spa of the World Collection

Delights from all four corners of the globe

Is this the perfect addition to your skincare routine and what skin type will benefit?

We'll show you ours if you show us yours

Is swishing a bit of oil around your mouth the key to oral hygiene?

And it rivals Batiste for my dry affections

Perhaps it's a new step in our cleansing routine