I've been having a lot of trouble with my hair recently and finding a way to get it back to its normal state has resulted in a lot of Googling.

The nature of my job means I get to try heaps of new products (makeup, skincare and hair stuff) and while it's a lot of fun, my hair isn't the only thing that's started to suffer. My skin is all over the place at the moment and while I was once positive that there was only one way to describe it - oily - it's now oily in some places, dry in others and 'sensitised' all over.

So it's off the internet for me! Oh, the things you stumble across when you're browsing and entering random search terms...

Anyway, in my quest, I've become interested in natural skin and hair care ingredients. Coconut oil is the latest to have caught my attention. It's a big subject, and one to discuss another day. For now, I want to open the debate on oil pulling. Have you heard of it? 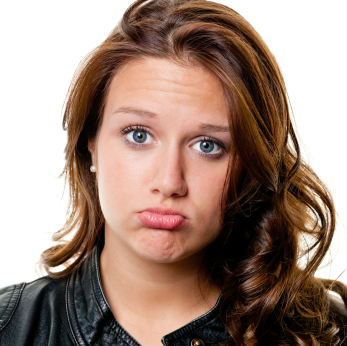 I first came across the term about a year ago but dismissed it because I had just bought a crate of Listerine (not really, but I had two fresh new bottles.) The words sound awful together. It makes me think of horrible torture practices inflicted on someone with a particularly greasy face. But it's got nothing to do with your face. Well, only the hole in it that you use for speaking and eating.

Other names for this ancient dental technique are "kavala" and "gundusha" which both sound much better than the English. The method is simple; choose an oil and swish it around your mouth for 20 minutes.

Coconot oil is a popular one to use because of its antibacterial properties but other oft used oils are sesame and olive. The idea is that the oil drags out yukky toxins in your mouth leaving you with a healthier mouth and teeth.

Swishing oil around your mouth sounds not at all bad until you realise that it's going to mix with your salivia and increase in volume. Queue unattractive dribbling. Also, the whole idea is to draw out bacteria and the thought of all that in my mouth is just...bleurghghgh. However, it's an age old Indian practice and people swear by it, so maybe it's worth trying?

Have you tried oil pulling? Would you give it a go? Is brushing and flossing enough in the oral hygiene department for you?