So, first things first: I read Caitlin Moran's new book Moranthology before the recent fuss about her response to criticism of her interview with Girls creator Lena Dunham. I don't think Moran covered herself in glory in the fallout from that incident, but you can read more in what I think was the best response to the whole affair, this excellent Guardian column by Bim Adewunmi. 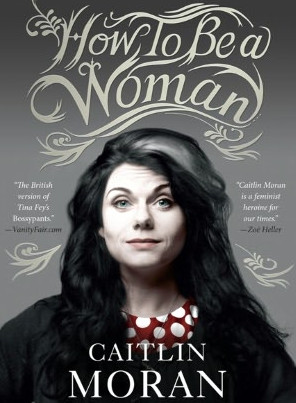 And so as this is a book review, let's temporarily forget any recent controversy (I've read so much about it over the past few weeks that I'm worn out for the moment anyway) and judge the book by its own merits. Unlike her last book, the very entertaining How to be A Woman, Moranthology doesn't claim to be a "part memoir, part rant".

It's a collection of her columns for the Times, where she's been working for twenty years as a TV critic, interviewer and weekly columnist. I am just a few months younger than Moran, and twenty years ago I was panicking over my impending Leaving Cert, not writing for a prestigious British broadsheet. While I was faffing about in college, reading music magazines when I was meant be studying,  she was writing for those  very music magazines (and presenting TV programmes, and writing for the Times and, as this book reveals, smoking a lot of weed. I don't know how she fit it all in). 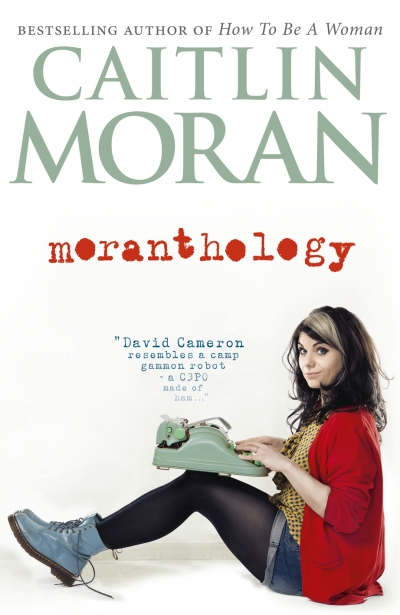 All those years of work have paid off. Not only are many of the columns hilarious (and they really are - more on this in a minute), but they're often gorgeously written - she describes Elizabeth Taylor in her prime as "heavy, like wet roses"; the smile of a man in a Kenyan slum featured in Comic Relief is "how a rabbit smiles in a field full of foxes". Her writing about life on benefits - she grew up in a very large, very poor family – is incredibly powerful, and throughout the book she writes with compassion and insight.

But most of all, she's funny. Very, very funny. I laughed out loud quite a lot reading this book, whether it was her many reviews of Downton Abbey (her account of the episode where Matthew's, ahem, manhood came back to life is particularly amusing), her account of trying to get her husband Pete to give her a nickname (she likes the idea of being called Puffin) or her memories of the days when children's TV, particularly Newsround, was obsessed with stories about pandas (as her peer, I can confirm this was true. This section of the book, by the way, made me laugh so much when I tried to read a bit of it to my husband I began to cry with mirth and couldn't speak at all). 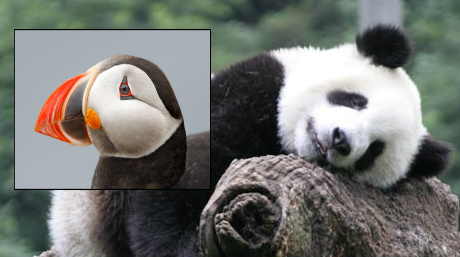 So yes, this book doesn't contain the wisdom of the universe, and it probably won't change your life (unless it makes you suddenly decide you want to have giant hair). But it's very well written and it's got lots of very funny, sometimes sad pieces about TV, and the state of modern Britain, and the joy of big hair, and why David Cameron looks like a C3-PO from Star Wars made out of ham (she's right, he really does. Just look at him!). And sometimes, that's enough.

So are you already a Moran fan - or hater - thanks to How To Be A Woman? Have you read Moranthology yet?
And if not, are you enticed by the prospect of finding out what she thinks Boris Johnson resembles?