How Much Are You Paying In The Hairdresser?

Somewhere in the depths of the Celtic Tiger hairdressers started to charge for blowdries as part of the cut/colour/highlight service. 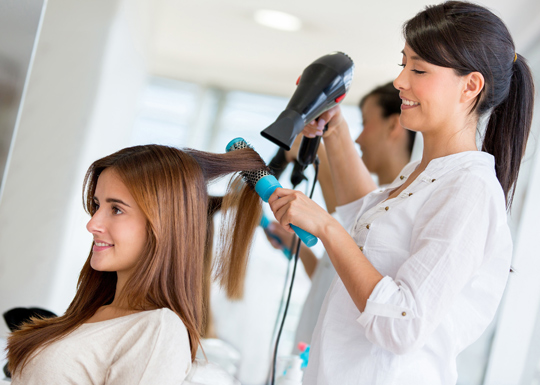 Did they ever let us leave the salon with wet hair?  No they didn't so adding this charge on was downright dishonest.  The only time this is a legitimate charge is if you're actually just going to the salon  for a wash and blow dry

Now the times they are a changin' and that ridiculous blow dry charge seems to be dying a death.  I can now get a full colour, a cut and a blowdry in a local salon for €50.  A couple of years ago I would have expected to pay upwards of €100.

What about you - what are you paying?  Have you noticed prices coming down?