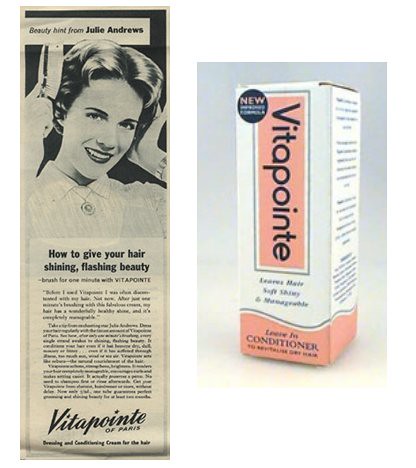 Hands up who remembers this stuff!

Yesterday waiting in the chemist for a prescription, I espied a neat row of Vitapointe sandwiched between the Fructis and the Frizzease. So it still exists! I felt like I'd been taken back in time in the Tardis.

The only leave in conditioner that I ever knew in my teenage years, Vitapointe was used to greasily protect and renourish hair. You knew instantly when someone had vitapointed because of the slicked back, head dunked in a chip pan look.

I had a Bon Jovi and Europe inspired friend who swore her permed, bleached, backcomed, hairsprayed 'do would not have survived those headbanging times without it.

To be honest I think a thick coat of Vaseline would have had the same effect.

Does anyone out there still use it? Come on, someone does, or they wouldn't still be selling it. Confess and shame the divil!