Rate it: how good are you at complaining? 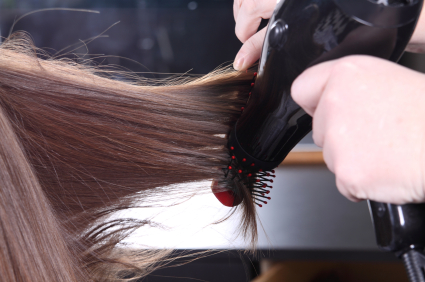 It was while I was sitting in a salon last week, watching the hairdresser pressing the zillion degree heat of the blowdryer directly on to my hair without moving it at all, that I thought "Jesus why do I put up with this crap."

I was desperately late for a meeting and panicking - but she didn't know that. In fact we had had no conversation whatsoever since the shampoo girl had scrubbed my hair together while washing it - the worst thing you can do to wet hair. And now here was the second worst thing - applying intense heat onto the hair while it's wet. You know the way the you're told that you should keep the hairdryer constantly moving and keep it a good few inches from the hair? Well hairdressers never bother to keep the hairdryer any distance from the hair (it takes too long). But they at least move it around and up and down a bit usually. But only when a section was dryer than the Sahara did this lady move on.

Sure I may as well have butchered it with cheap shampoo myself at home and GHDed it when it was wet. I couldn't honestly have caused as much damage as they did.

So in the end it was done and I ran out of the place in a tearing hurry cos I was so late. The hair actually felt like it would snap the next day, it was so fried.

And the third worst thing was: I even left a tip.

I said not a word at any stage to indicate displeasure, I didn't by the merest shrug of my shoulders let them know that I was unhappy - but the fact of the matter was they did their job really badly. And I said nothing.

I was a completely unassertive wimp.

Do you, by any chance have a similar tale?