Top Celeb Looks of the Week

I've been to loads of red carpets over the last week. My dry cleaning bill is going to be huge given the number of designer dresses I've sported over the last seven days. And the craic I had with Halle Berry last Wednesday in California.

Ok, that's a complete lie. I spent all last week in dirty ol' Dublin town, dodging puddles and dribbling my lunch down my top. But if I had been to a bundle of glittering events, these are the looks that I would have been following around the after party, asking the wearer in question where they bought it and if they'd be giving it to a charity shop when they were finished with it and if so, which charity shop would that be? I'm asking for a friend.

First up is actress Natalia Avelon at the Balmain x H&M Berlin launch party. This is the shade of green that will suit the majority of skin tones and hair colours in the whole wide world. The entire nation should probably time share it. Whether or not there was mayhem on the red carpet as there was in the store, we cannot say. 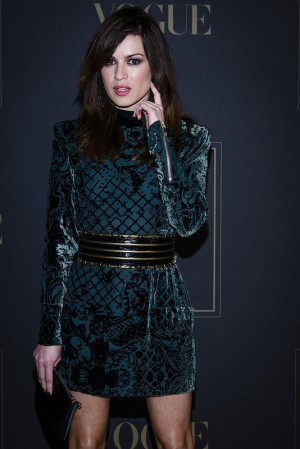 J Law has been dividing opinion with her recent red carpet choices with some of the opinion that her Dior gowns are just a little too old or fussy for her. She's the face of the brand so she probably has little choice in the matter and personally I loved her side boob/chain gúna (that sounds Rihanna-esque but really it was actually quite classy, you can check it out here).

But it's Elizabeth Banks who has really emerged as the sartorial winner of this promotional press trip. The full skirt is absolute elegance but it's the hair band (yes I said hair band) that has my style antennae twitching. 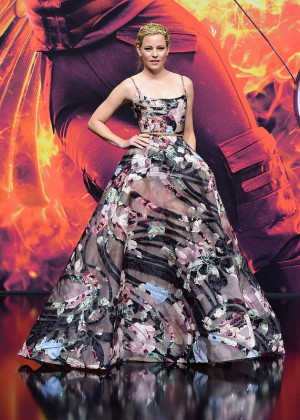 Dylan Frances Penn is making me love the polo neck and given my Very Strong feelings on the garment (you can read my turtle rant here), this is quite the achievement, Dylan. 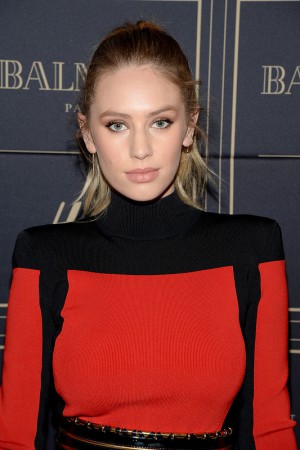 You can check out more of my favs below, including Carrie Underwood's serious ear bling.

Any looks catching your style eye?