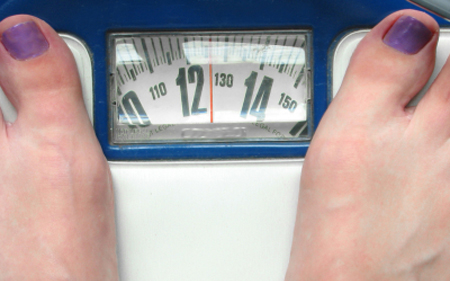 So dedicated to this 12 days of detox series that we're doing, I put myself through TV3's Ireland's Favourite Celebrity Diets last Friday. I even took notes.

A countdown of 10 top ways to loose weight, the focus was on what the 'slebs do when they want to drop a few pounds. Commentary was provided by lasses like Fiona Looney, Laura Bermingham, Amanda Brunker and Glenda Gilsen, who said of the cabbage soup diet, "you'd be dying for a good meal after it!" Jaysis, you're not wrong, Glenda.

So what made cut? At numbero ten-o, we have:

THE SOUTH BEACH DIET
Popularised by Bill Clinton, sadly, cigars do not figure. It's basically low GI and is all about replacing bad fats with good fats, and bad carbs with good carbs. Deep fried gunk and white bread get sent to chokey, and instead you look for foods that are relatively unprocessed like grains, veggies and beans, lean protein and fats from fish. Does it work? TV3's dietician says yep, it's a good diet that makes sense.

THE CABBAGE SOUP DIET
The one prepared by the TV3 crew looked like a bowl of sick and blood, immediately putting me off for life. But that hasn't deterred stars like Sarah Michelle Gellar, who swears by it, apparently.  You embark on the auld cabaiste for a week as a detox, and you can loose a lot of weight quickly. The dietician wasn't impressed. At all. She said, "it works short term but you go back to normal eating, the weight rockets on." Questions were also raised with regard to wind - and no,  I am not talking about the weather.

At eight, we have:

THE MACROBIOTIC DIET
Fans include Madonna and Gwynneth Paltrow and God love them, they must be miseries. Brown rice, barley, corn - Jesus I'm hungry just typing that out. Courtney Love dropped a shedload of weight on it - but sure she's bonkers anyway - and it takes a lot of comittment to stick to it. The consensus was, if you've loads of staff to pick and carry for you, then no doubt you can keep at it. As model and stylist Andrea Roche said, "sure you'd be wrecked just shopping for it". True. They didn't ask her any more hard questions after that in case she flounced off in a huff. So, the expert verdict? Hard to stick to in Ireland, they reckoned, what with our national prelidiction towards meat and dairy. My natural prelidiction to having a dose of cop on is why I'd find it hard to stick to - but sure each to her own.

THE FIVE FACTOR DIET
Eat five meals a day, containing five balanced items like chicken, veg, fish and zero sugar, as well as exercise - yep, you guessed it - five times a week.  That eejit Kanye West is a fan, as are Alicia Keyes and Jessica Simpson. Oh and you're allowed five cheats per month too. PER MONTH!? Jaysis, I'd want five per day. Forgot to note what the nutritionist thought of this one, sorry. But my best guess is: not much.

Coming up at six:

BOB GREEN'S BEST LIFE PLAN
Championed by Oprah, the nutritionists reckoned this no-booze plan was sensible because it's progressive, long-term and offers motivational tips on diet and exercise, helping you to progress through your weight loss and make lifestyle changes. But I note with interest that Oprah has recently been bemoaning her four stone weight gain, so er, it can't be that good, wha?

THE MASTER CLEANSER DIET
Also known as the maple syrup diet, this is the one Beyonce turned to when she needed to drop a stone and a half for Dreamgirls. Our own lovely girl Rosanna Davison has also tried it. "I did it because I had a shoot coming up", she said, unconvincingly pretending to only just remember there on the spot that, oh, "it was for Loaded magazine, or something." Yes, I am sure that slipped your mind. Anyway, false modesty aside, Rosanna said it deffo flattened her tummy. It sounds like a nightmare. You mix maple syrup, cayenne pepper and water together, and eh, that's it. Drink that gorgeous concoction down for 10 days or so and you'll be like a lovely cuddly rake. Great! The experts verdict? Thumbs down to this bag of shite, basically. "Drastic", said dietitian Karen Ward, "you're putting your body into famine mode." Did someone say famine? Pass me a potato, STAT.

At four, we have:

THE THREE HOUR DIET
Mistress of stating the obvious, lovely girl Lisa Murphy gravely told us that she thought that this diet "involves eating every three hours." Yes. Yes, I had gotten that idea. FROM THE NAME OF IT. Anyway, you can't be chomping down on whole turkeys or anything, but you can gorge yourself on a whopping 12 M&Ms for one of your three-hourly nosebags. Mmm. Filling. Any cop? Expert Margot Brennan says it's about eating the right carbs to keep blood sugar stable.

Into the top three now, with the...

ZONE DIET
Popularised by Brad Pitt and Jennifer Aniston, let us fervently hope that this diet doesn't up and run off with a husband-stealing, razor-cheeked beauty who'll then have 45 kids with it. Ahem. Developed by Dr Barry Sears, the Zone diet is all about the proportions - typically meals should be composed of 40% carbs, 30% fat and 30% protein. The experts say it works as the emphasis is on natural foods like nuts, apples and loadsa water, with processed foods being a big no-no.

ATKINS
Lisa Murphy swears by Atkins, and TV3's voice-over lady attested brightly that this, "was a diet even builders could jump on board with!". Er, right.  Amanda Brunker says it makes you stink, and she's correct - it sends your body into a state of ketosis, meaning breath reeks, not to mention the amount of farting you'll be doing. In the initial stages of Atkins, all you can eat is protein - so cheesey eggs are a gogo, as are as many fillet steaks as you can cram in your gob. With zero carbs and no veg, it's not what you'd call balanced, but Rene Zellweger and Geri Halliwell are fans. See - not what you'd call balanced. Geddit?

And at number one:

WEIGHTWATCHERS
Hmm. Wasn't aware Weightwatchers had ever taken Hollywood by storm. I smell product placement. No matter though, because as you, me and the wall know, Weightwatchers can be a brilliant way to loose the flab. The experts said it works because it buddies you up, and that's good because you feel compelled to stick to it what with all those public weigh-ins. The dieting techniques are good too, they say, but warn that you really should avoid the Weightwatchers ready meals and products, and instead make your own meals from good ingredients. Celeb fans include Coleen Rooney, Claire Sweeney (back on it now, I'd wager) and good old Fergie, Duchess of York. Plus, if I'm not mistaken, Catherine Zeta Jones is a fan as well.

So, how's about that for selfless civic duty and dedication to the cause of beaut.ie? Right, I think I need a lie down...

TV3 is not going to be TV3 for much longer

It may have been cheesy, but Blind Date was great last night and you know it

TV3 have confirmed the move

Xpose have confirmed changes to time, and have ditched some presenters?

A few changes coming to the entertainment show

"It's still Red Rock, with a few steroids added."

Irish Gogglebox is on the way at last

Can't wait for this

Was he passed out?