Imagine, if you will, a website that is basically Buzzfeed for wannabe Wolf of Wall Street douchebags. Well I came across such a site last week, it’s called Wall Street Insanity and what brought it to my attention was a list called 50 Things Every Woman Should Realize About Men.

According to this list, however, boyfriends are actually insecure man-babies who freak out if their girlfriends gain weight and think it’s no big deal to openly ogle other women.

Wow. Wherever can I find one of these guys? And a sarcasm font, while I’m at it. 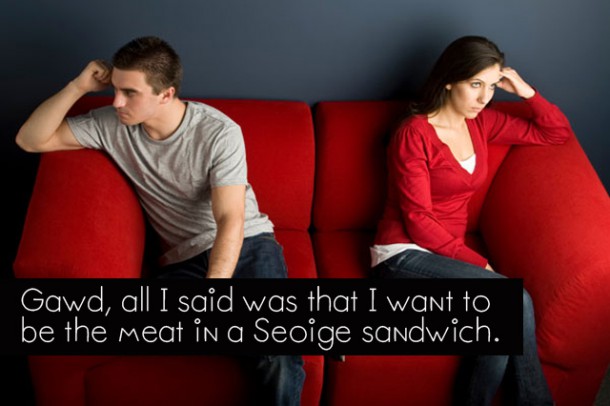 (Source: Did You Remember The Milk)

It’s both hilarious and rage-inducing in equal measure and manages to make offensively sweeping generalisations about both men and women, so I’ve decided to take you through some of the most...er…interesting points.

You Should Always Take His Side.

Within reason. But if he’s involved in some kind of debate and you take sides against him in public, he will never forgive you.

Remember ladies, opinions are for men. You might do yourselves an injury trying to wield one.

He Wants You To Be His Muse.

Behind every great man is a great woman. And of course you can have your own hopes and dreams, but he needs you to help and inspire him to achieve his.

It’s not like you have enough going on in your life as it is, you must also set time aside to be his personal life-cheerleader, because his ambitions are more important than yours.

It’s hardwired into his DNA. No matter what he says when he’s in his twenties, when he gets a little older, he’s going to want a legacy to leave behind. But please make sure he’s ready before you stop taking your birth control.

Legacy? What? Hey buddy, this isn’t Game of Thrones and you’re not Tywin Lannister. And shockingly enough, not every woman is a scheming harpy waiting to trick her unsuspecting partner into knocking her up. 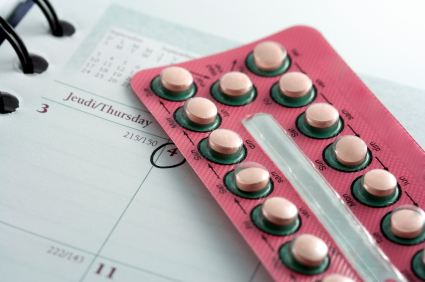 Withholding Sex Is A Dangerous Game.

I don’t care how mad you are at him, if you cut him off for an extended period of time, what happens next is on you.

You Need To Be His Moral Compass.

He looks to his woman to keep him in check. Make sure he always does the right thing.

Make sure he always does the right thing? Surely I have enough on my plate already between having a job, raising his kids/legacy, supplying him with sex on tap and inspiring him daily to achieve his ambitions, now I have to be his Jiminy fecking Cricket too? If he can’t tell wrong from right, what am I even doing with this idiot?

You Can’t Bombard Him The Second He Walks In The Door.

He knows you want to talk about what that bitch said to you at work today or your plans to redecorate the bedroom, but for god’s sake, let him have a beer and stare at the TV for at least half an hour first.

You left out the part about having his slippers ready for him and dinner in the oven. No wait, that’s the Good Housekeeping guide for obedient housewives from the 1940s. OR IS IT? 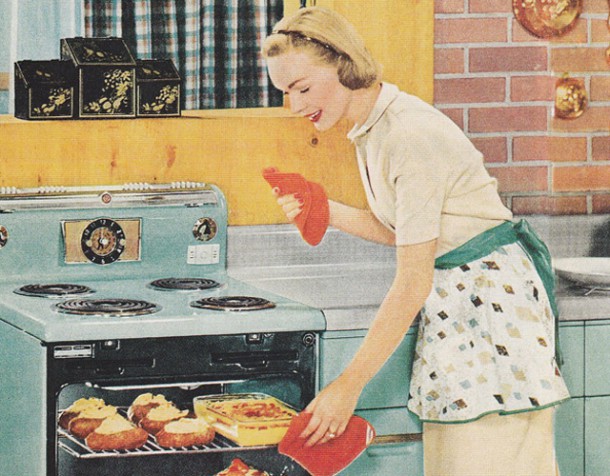 You Should Let Him Win Sometimes.

Men hate it when you’re better at them at what they love. He has a fragile ego, and sorry, but you need you to cater to it sometimes. If you throw a game and he gloats, though, all bets are off.

Oooh, because there’s nothing sexier than a sore loser. I used to go out with a guy who would sulk when I beat him at Tekken and it was a drag and a half. Seriously though, this is such unbelievable rubbish. If a guy can’t deal with his partner being better than him at videogames, or basketball or chopping wood or whatever, then that’s his problem and sounds very much like someone who doesn’t respect women. And you couldn’t pay me to let someone beat me in a MarioKart race.

There’s also such gems as “If You’ve Been Living Together For Longer Than Three Years, He’s Not Going To Marry You” (well that’s just patently untrue) and “He Hates That Short Haircut” (because no one fancies Jennifer Lawrence or Emma Watson, right?).

So, have you got any additions that you’d make to this list and will you join me in the queue to deliver a swift kick in the balls to the list writer and/or beat him at his favourite hobby?