Anti-Rape Campaign Puts the Pressure on Rapists Not Victims

As long as I can remember, women and girls have been given advice on how to avoid rape - from 'don't walk alone at night' and 'don't take drinks from people you don't know' to the even more victim-blaming 'Don't give the wrong signals' and 'don't get drunk at all'. These words of so-called wisdom have one thing in common - when it comes to preventing rape, they put the responsibility on potential victims, rather than perpetrators. 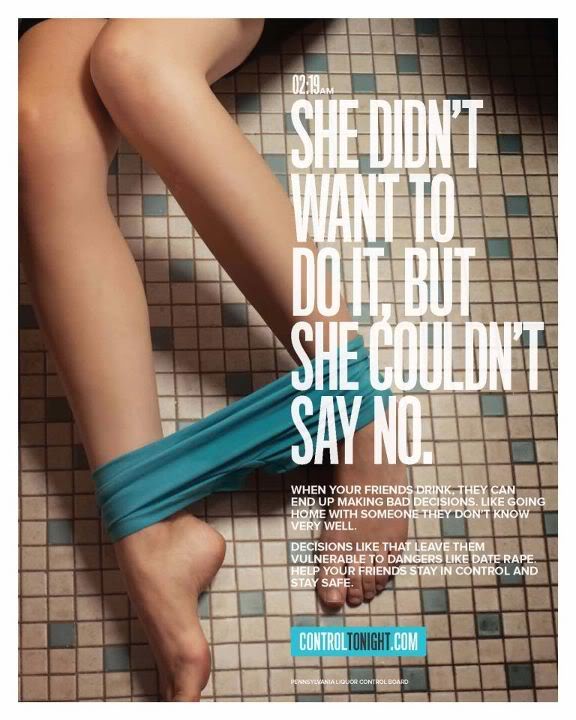 This anti-teenage-drinking ad illustrates this attitude - don't get too drunk because you might get raped! But there was no matching ad saying "Don't get drunk and take advantage of a vulnerable girl!" Obviously, we need to teach girls to stay safe. But the "rape prevention" messages are so overwhelmingly aimed at women that they suggest if you do get raped, then it might be your fault for not sticking to the rules.

Ask the men in your life whether they were ever explictly told not to rape and sexually assault women, or even if it was made clear to them growing up what exactly sexual assault is, and chances are they'll say no. They might think, of course, that they didn't need that advice, and this may be true, but the fact remains that thousands of rapes and sexual assaults are committed every year, and  many of them are committed by "ordinary" men with no known history of violence (look at the appalling Anthony Lyons case ). 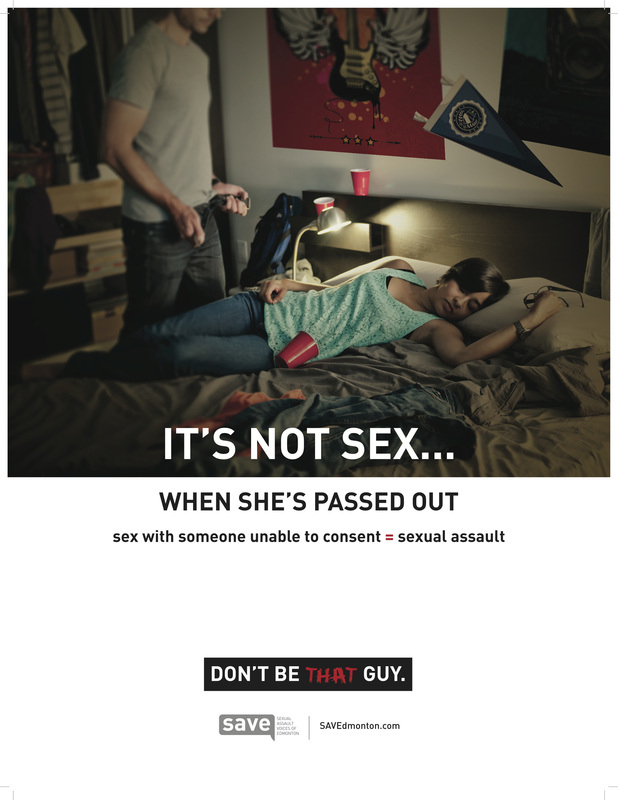 Which is why this new campaign from the police department in Edmonton, Canada, is so welcome. The ads show images of women being physically dominated by men with slogans such as "It's not sex...when she's passed out. Sex with someone unable to consent=sexual assault" and "It's not sex...when she doesn't want it. Sex without voluntary consent=sexual assault".

It's not the first campaign to put the responsibility on the would-be rapist - the NSPCC released this hard-hitting ad aimed at teens earlier this year, for example -  which suggests that things are improving.