Down With This Sort of Thing: Donegal Priest says Yoga is Evil. Have You Endangered Your Soul Recently?

Unless, that is, you’re a priest called Fr Padraig O'Baoill from Gweedore, who took to his parish newsletter to warn those who partake in such foreign practices as yoga and tai chi that “as followers of Jesus Christ, we shouldn't be taking part in any activities that are in conflict with our faith. Therefore don't take any part in yoga classes, tai chi or reiki. Do not endanger your souls for the sake of such unsavoury activities.”

And there you were, thinking that the worst downward dog was going to do was make your arms hurt a bit. 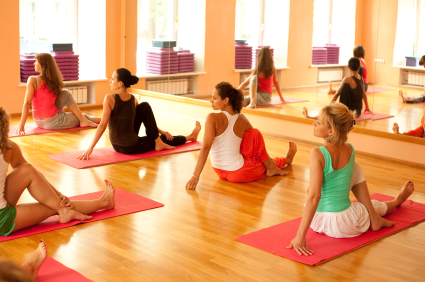 Yes, yoga’s roots do lie in ancient Indian holy texts which are linked to Hinduism, Jainism and Buddhism. But apart from the fact that even the Pope doesn’t seem to think Hindus are going to hell these days, very few yoga teachers in the west bring in any religion to their classes. Unless I was really missing something the last time I tried and failed to do a side plank pose.

I have to say that this advice appears to me to be coming from a position of ignorance. However, I think priests in general are skeptical of yoga and Reiki. I can understand where they are coming from but I think they need to find out more about these subjects.

Sadly Fr O’Baoill is off in Lourdes (sure where else would he be going for his break) but has promised to expand on his extreme anti-yoga stance when he returns. I can’t wait! 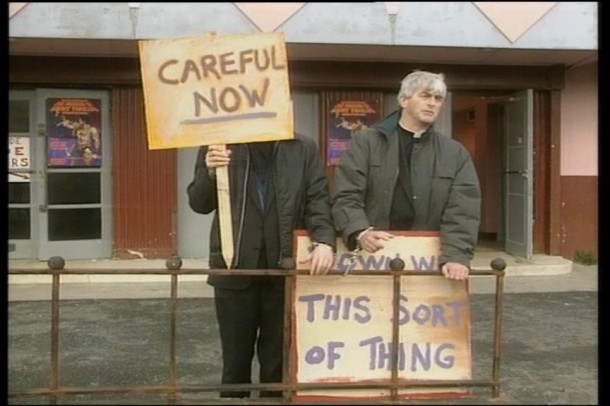 So have you endangered your souls with some yoga recently? Do you think most people without a background in yoga’s religious connections really see it as being super spiritual? Or is it just another way to keep fit and relax?