Rebel Wilson posted a series of tweets yesterday about her horrendous experience and fears that her drink was spiked while on a night out in a club on Wednesday night.

She didn't identify the club but warned her Twitter followers to be 'super careful' when out at night.

And I actually had a conversation with friends about this very topic two weeks ago and one of my male friends mentioned that he had a similar experience when travelling so, male or female, don't fall into the way of thinking that Rebel describes perfectly as 'I never thought it would happen to me'.

Here are her series of tweets describing her experience.

Hey guys, but especially to all the girls out there, please be super careful about what you drink when out at clubs and bars at night X

I had one drink last night at a trendy club which I believe may have been spiked with something. I felt super tried and disoriented.

I got home safely but woke up this morning feeling like I'd been hit by a truck. I never thought that would happen to me, but if it does...

please act as soon as you feel something strange and get yourself to safety.

Lucky for me, I only drank 1/3 of the drink and realized something wasn't quite right in time to get home before it really hit me.

And her story prompted me to share mine with you again. I wrote this a while ago but the fear, the sentiment, the nausea, the caution, they're all as real today as they were then.

You can check it out below and I'd love to hear your stories, experiences and thoughts.

Would I have dismissed drink spiking as something that 'would never happen to me' before that Saturday night? Maybe. To be honest, I never really gave it much thought. But since that evening, I know that it is a reality for more of us than one might think.

On that particular night, I was out in a local bar with friends. I was having too much fun throwing ridiculous shapes on the dance floor to bother about queueing again at the bar. So I placed my first drink on the ledge, sipping it in between pirouettes.

Halfway through one glass of beer, I began to feel that something was wrong. I felt a little light headed, sleepy and everything around me started to seem slightly surreal. I thought fresh air would help and so I tried to move towards the door. But I struggled to get my arms and legs to obey any instructions. 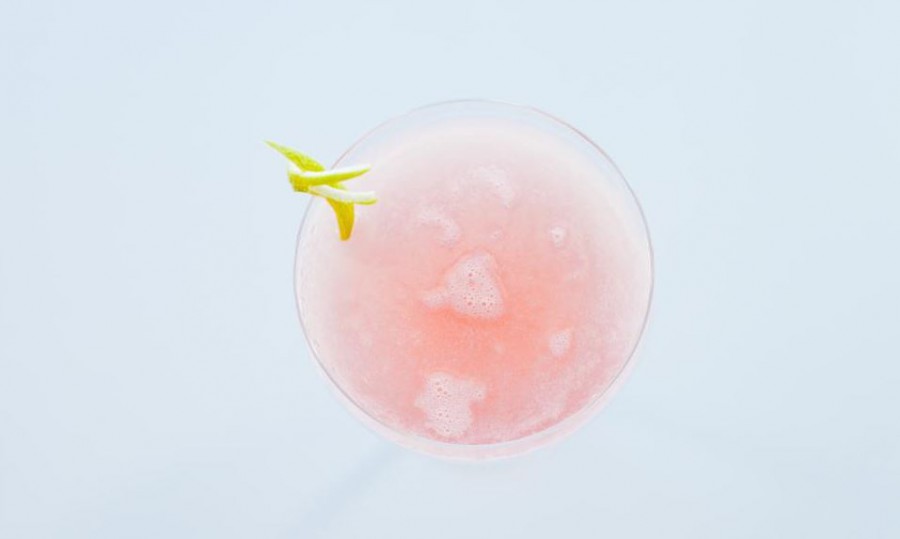 I stumbled to the exit, rubbed my eyes and felt the darkness rushing up to meet me.

I have flashes of the next few hours but I don’t remember much of it. This much I am fully aware of - I was lucky. My boyfriend at the time had seen me fall and helped get me back to my parents' house. I spent much of the next few hours slipping in and out of that blackness, spouting absolute nonsense when awake. Apparently I made quite the dramatic thirty-second scene about wanting to wear pyjamas with sheep on them (I did not own pyjamas with sheep on them; the mind really is like a deep ocean that we haven't explored).

One thing I do remember about that night is temporarily regaining consciousness on the street after passing out to find a group of girls, whom I did not know, standing around me. They stayed with me, asked if I knew who my boyfriend was and was I happy to leave with him.

I never met those girls again, I suppose wouldn’t recognise them even if I did, but they deserve recognition and my gratitude for being so responsible and kind to someone in trouble. If the sisterhood mobilises, well, it can be a force to be reckoned with. 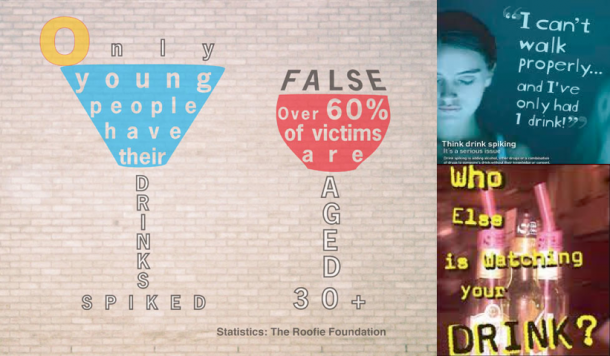 The next day I woke up with a splitting headache, feeling like I'd been hit by a truck. I was nauseous, exhausted and disorientated. Should I have gone to the doctor for a blood test to see what was in my system? Absolutely, I should have.

Many of the drugs used to spike drinks will remain in the system for a period of time. Rohypnol stays in the body for several hours and can be detected in urine up to 72 hours after consumption. Gamma-hydroxybutyric acid (GHB) is present for between 24 and 48 hours.

But I remembered a friend who, months previously, had had a similar experience and after 12 hours of waiting in A&E, gave up and just went home. And frankly, I wanted to sleep and put the whole experience behind me.

But looking back on it, I feel guilty that I didn't report it. It seems irresponsible and selfish not to have done but at the time I was young, stupid and conscious of 'not making a fuss'.

Accurate statistics on the number of drinks spiked in Ireland are not available. Cases are rarely reported and no robust research has yet been carried out. And there is the argument that it is used as a spikey scapegoat when the reality is that too many vodkas were imbibed. But we need to pay attention to reports because it can and does happen.

What we do know though is how to minimise the risk:

We are heading towards the season of festivals and fiestas, with lights twinkling in the windows of bars and plenty of beer garden catch ups with colleagues, friends and family. So as we look down the barrel of this summer season, play it safe and don’t let there be a spiked bullet with your name on it.

Have you ever had your drink spiked? Are you vigilant on a night out? Let us know your thoughts in the comments.