I’m jetting off on my holliers bright and early on Friday morning and I couldn’t be more excited. I can’t remember the last time I went on a big holiday that wasn’t a few days long and a cheap and cheerless Ryanair flight away, so the prospect of heading off to Florida for swimming pools and theme parks and Krispy Kreme doughnuts has rendered me completely useless in work.

I’m obsessively checking the weather forecasts for Orlando, which rudely insist on telling me that it’ll be thunderstorms and rain the entire time we’ll be there. 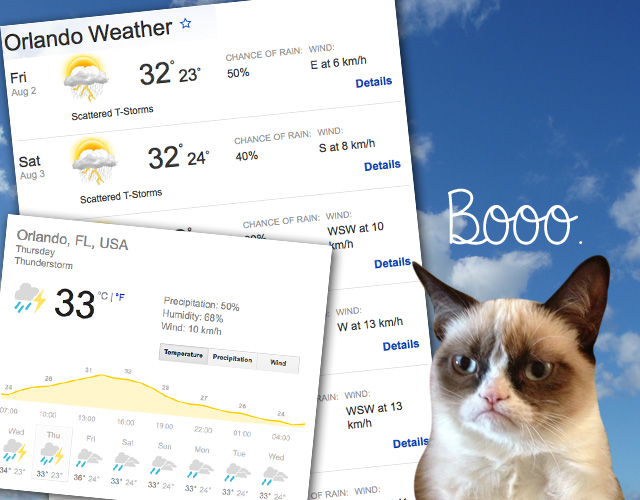 At one point I went through five different weather sites looking for a different forecast and have even resorted to searching for “Orlando weather” on Twitter, to see what people who are actually there are saying about it. It’s looking like scattered storms, but I think it’ll mostly be fine. IT WILL.

Aside from all that, I’ve been trying to make a list of things to pack. There’s the practical and necessary things like plug adaptors, sunscreen, aftersun, insect repellant and plasters, but then clothes are an entire subset of lists too. Shoes! Flip flops! Daytime clothes! Night-time clothes! Bikinis! Swimming togs in case I lose my nerve for the bikinis! I genuinely have dreams every so often where I have to pack for something in a hurry and will eventually wake up in a mild panic.

I like to have lots of time to pack but always end up doing it the night before and will inevitably re-try on all of my clothes while doing it for some reason. However, regardless of how many lists I make or how carefully I pack, I know that as soon as I’ll be on the way to the airport I’ll feel like I’ve forgotten something. 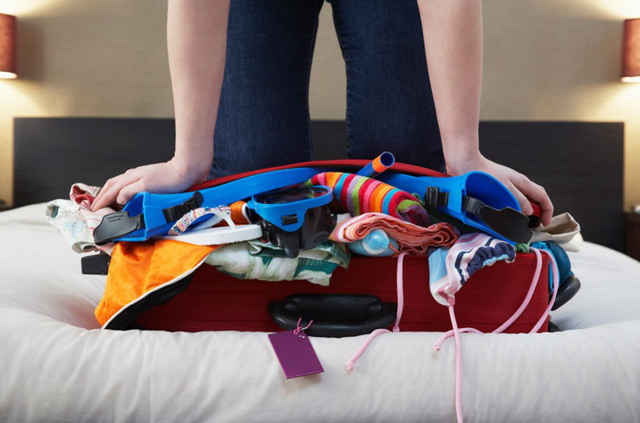 I love airports and travelling and I’m even excited about the long-haul flight to America at his stage. I love the novelty of plane food. The peanuts, the mini pretzels, the tiny bread rolls! Oh tiny bread rolls, I’m going to hold you in my hand and pretend I’m a giant and it’s going to be brilliant.

And the plane films! They’re always so delightfully mediocre with such badly dubbed out swear words. I’m also super happy about having so much travel time that I can allocate to reading, especially seeing as I’m halfway through the last book in the Game of Thrones series. EXCITEMENT SHE WROTE.

So tell me Beaut.ies, what are your tips for holiday packing and is there anything I might be forgetting (other than passports and tickets, like)?

And I'll start the hairdresser conversation: where are you going/did you go on your holliers? Did you have a staycation this year - or did you head off?