Eye-Roll At The Ready! The First Trailer For Fifty Shades of Grey Has Arrived

Oh my. It’s finally here. The movie trailer we’ve all been breathlessly waiting for, while rolling our eyes and biting our lips and murmuring incessantly. It’s the first proper trailer for Fifty Shades of Grey, in all its gloomy, mopey glory.

It doesn’t give much away really, opening on a shot of a cardigan-wearing Ana looking very unsure about being in a lift, followed by Jamie Dornan glaring at her while they sit in his office. Then there’s some standing around near a piano and moody jogging, until it gets to the sexy bits, like when Christian stops Ana from seeing her friends and tracks her every move and manipulates her into doing things she’s not comfortable with.

Oh, no wait, I mean him groping her thigh at a family dinner and walking around in some very Eighties-style ripped jeans. 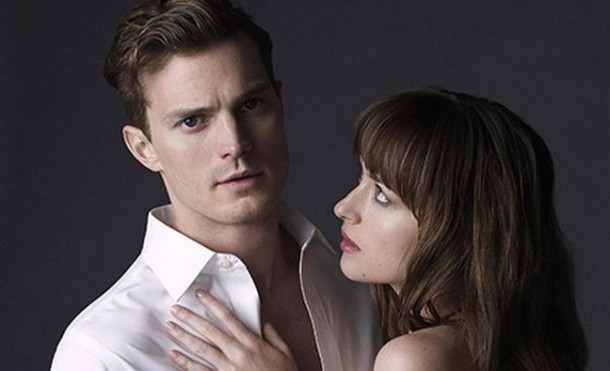 Despite the fact that I hated the book and mocked it extensively, I know I’m going to end up going to see this film, although probably not when it’s released on Valentine’s Day next year.

I just have to see how they intend to make a controlling, abusive man-baby like Christian Grey into a supposedly romantic lead.

Also, the fact that it’s got a female director in Sam Taylor-Johnson and Jennifer Ehle, an avowed feminist, playing the role of Ana’s mother, a tiny part of me is hoping that it might manage to subvert the ridiculous storyline, even a little bit, but I’m probably kidding myself.

However, one of the biggest problems with it is that while Jamie Dornan is a handsome hairy creature, he has been forced to shave for the role of the menacing and would-it-kill-him-to-crack-a-smile Christian Grey.

But I’m a devoted fan of beards on men and his clean-shaven face just pales in comparison to a bit of rugged hairiness. I'm sad already and the film isn't out yet. 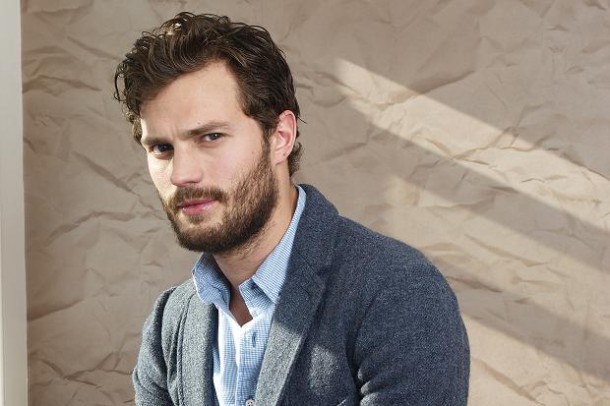 But one thing I really want to know is if Ana’s “inner goddess” will be making an appearance in the film. They could stick her in a lower corner of the screen, like the sign-language translators that appear during late-night repeats of tv shows. Only with more cheerleading and Latin dance moves.

So, will you be going to see Fifty Shades when it’s released? What do make of Jamie Dornan as Mr Grey? And perhaps most importantly, beard or no beard?