She's The Boss: Sheryl Sandberg Leans In To The Weird World of Stock Photos And How They Depict The Modern Woman

Stock photography is a weird little world of its own. Like, really really weird. In amongst the shots of laughing families wearing primary colours and Ariane jumping with joy, there’s always a few completely inexplicable gems that make no sense whatsoever. 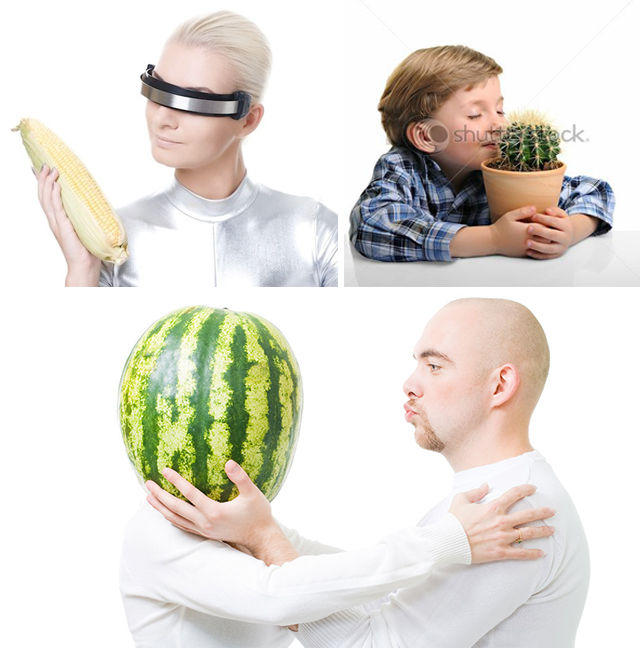 Well this is all perfectly normal.

It also has a patchy record of having decent, non-ridiculous photos of women, relying heavily on weird clichés. For example, a search for the term “feminist” on a stock photo site appears to be shorthand for a woman’s foot in a high heel stepping on a man. 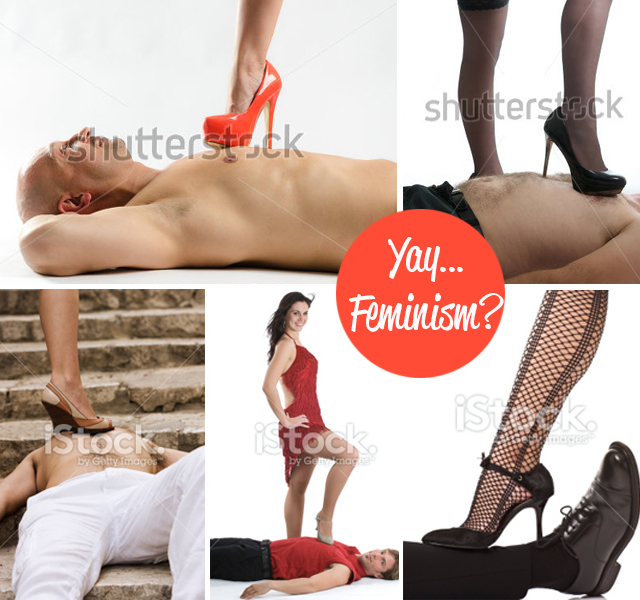 I mean, I don’t know about you guys, but as a feminist I like nothing better than putting on stilettos and stomping around on men’s torsos.

Of course, any search on a stock photo site wouldn’t be complete without a few bizarre images that defy logic, sense and reason. Such as the super feminist photo of a woman sticking her big long lizard tongue through a man’s head and most likely killing him, or the lady standing with one foot in a bin, angrily holding a pair of scissors. Feminists! Amirite?

There’s also this one, which perfectly encapsulates the rolling pin wielding, hair curler and opera glove wearing world of feminism. Even down to the riding a rocking horse in your knickers bit. It’s like they’ve been spying on me! 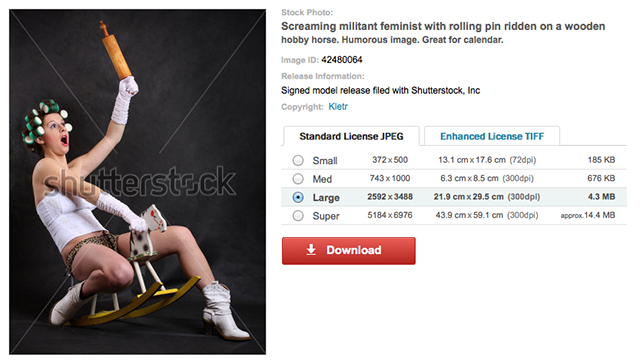 HOW DID THEY KNOW?

Anyway, last week Getty Images launched a collection of over 2500 stock images in partnership with Sheryl Sandberg’s Lean In organisation, which feature women in leadership roles in work and generally being deadly. It's called the Lean In Collection and it's an effort to better represent what women are actually like in real life. 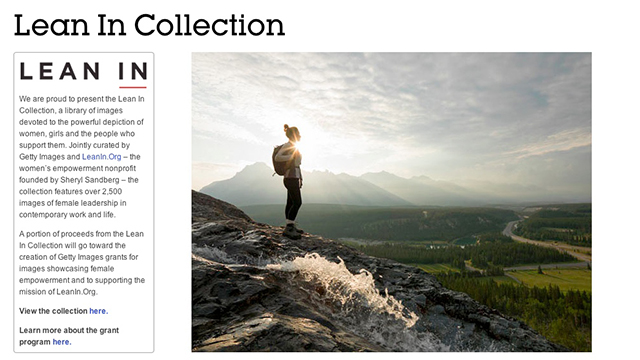 It’s a positive move, especially when you consider that simply typing “boss” into a stock photo search bar brings up an overwhelming amount of pictures of dudes. 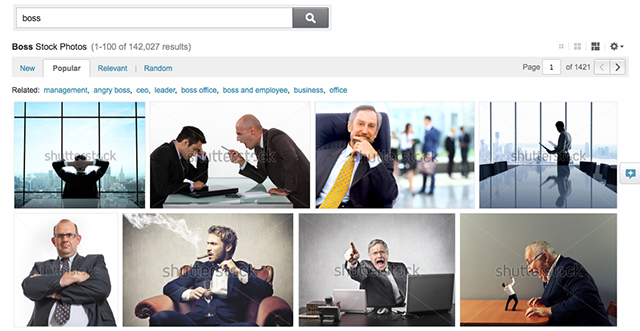 The people behind the project have said “cheesy as it sounds, by showing people powerful images of women, we thought maybe we could actually change the world”. The photos themselves are gorgeous and diverse and a refreshing change from the usual bland stock imagery with a white background. It’s good to know that media outlets will have better options for illustrating articles about women than a red high heel standing on a man. 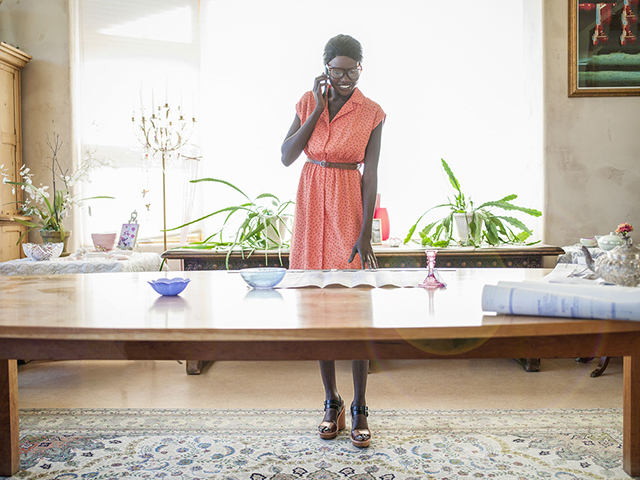 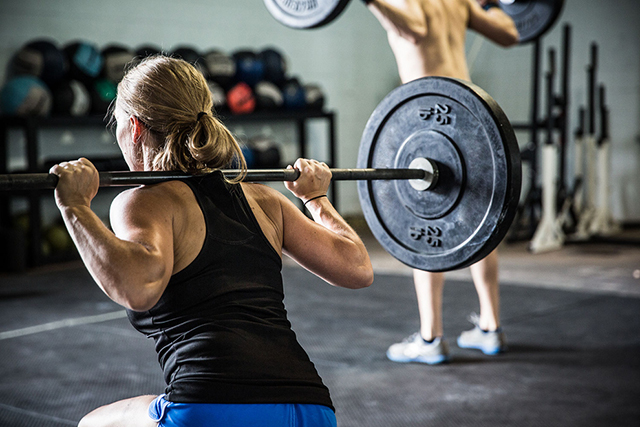 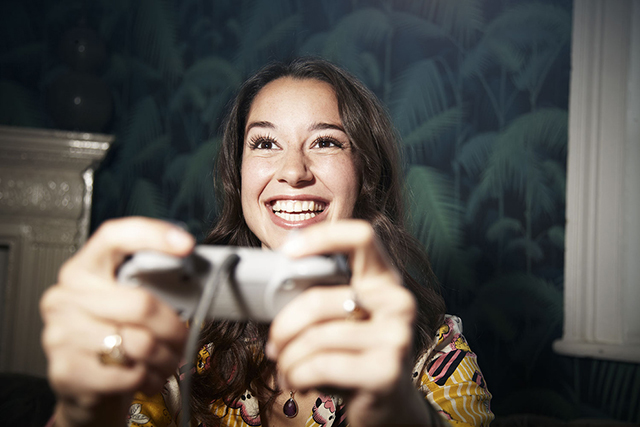 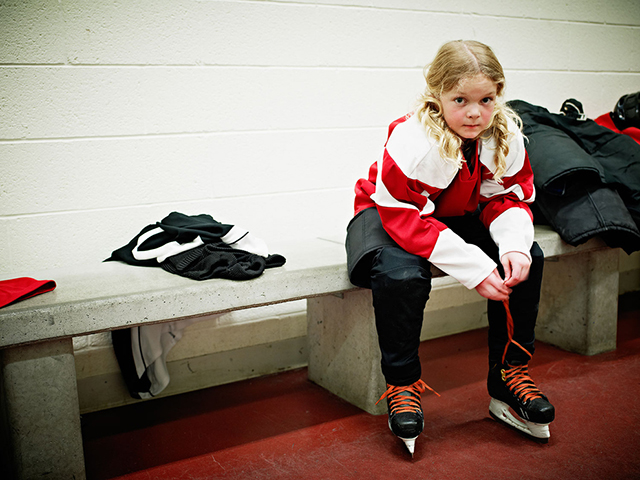 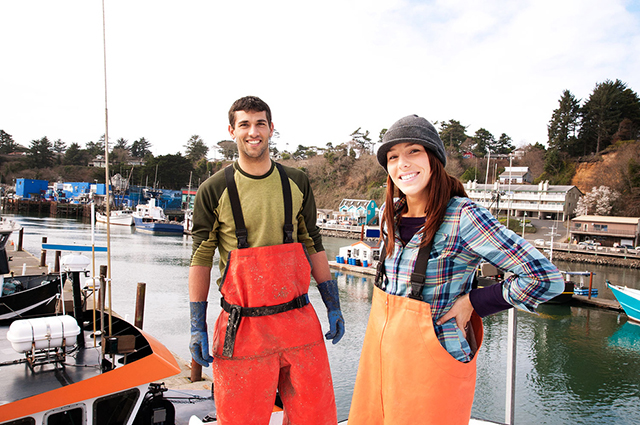 What do you think of the Lean In images? And can anyone tell me what kind of a news story or ad could possibly need a photo of a woman in a futuristic visor holding a corn on the cob?

Lean In Collection photos via Buzzfeed.